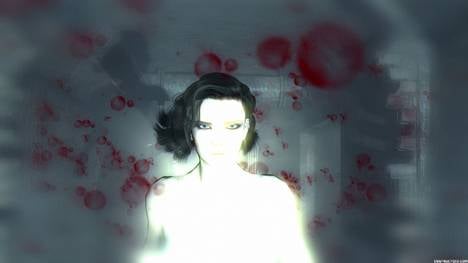 It was back at EIEIO that one of the devs at Replay Studios, the folks behind the upcoming stealth-action title Velvet Assassin, mentioned Nazi gold to me. Behind a thick German accent, producer Sascha Jungnickel mumbled something about finding the gold outside of the game by finding clues in the game and on the Internet.

Well, no one else knew what he was talking about, but he wasn’t simply making it up: I personally received a brick of Nazi gold in the mail not to long ago. Yesterday, Gamecock sent along a few new Velvet Assassin screens and along with them, word of gold hidden in London.

If you want your own Velvet Assassin Nazi gold (spoiler: it’s only replicas), you can find more information over at www.violettesdream.com. Anyone willing to do some legwork?

[Update: I’ve been told that the gold you’ll find from this is 100% real gold, not that cheap crap they sent me. Looks like if you want the goods, you’ve gotta work for it. So get to working.]

LONDON, UK – August 11th, 2008 – A second cache of gold that has been linked to the forthcoming stealth action game, Velvet Assassin, has been located in Victoria Station, London, UK.  For several months, people have been uncovering clues that appear to be related to Replay Studios, developer of Velvet Assassin, which is inspired by real life WWII secret agent Violette Szabo.  Those clues led Russell Kent to a second gold cache.

“We were pleasantly surprised that the information we discovered whilst researching Velvet Assassin originally led to some people discovering a gold cache in Texas, but now that one has been discovered in Europe I’m tempted to pause development to find the rest myself”, said Sascha Jungnickel, Creative Director, Replay Studios.  “It does seem that our research is real and that there are gold bars out there, but we are still trying to track how information is getting onto www.violettesdream.com.”

A first gold cache was discovered by Dee Cook who, after several months of phone calls, email exchanges, trips to local bookstores and some online sleuthing, found a real bar of gold and a replica of rumored Nazi treasure in Fredericksburg, Texas.  Now Russell Kent has been able to follow a similar path of discovery, cracking a code hidden in a national British newspaper, deciphering a message and finding a cell phone number, racing against the clock to get a letter left in a London bar, and picking up a package in left-luggage at Victoria Station which ultimately led him to the discovery of more gold.

Inspired by the heroic actions of a real-life British MI6 agent, Violette Szabo, Velvet Assassin allows the player to go deep behind enemy lines as special agent Violette Summer in the battle-scarred Europe of World War II.  Replay Studios delivers a brutally truthful representation of the danger of operating in enemy territory. Velvet Assassin will be published by Gamecock Media Group and is coming late 2008.