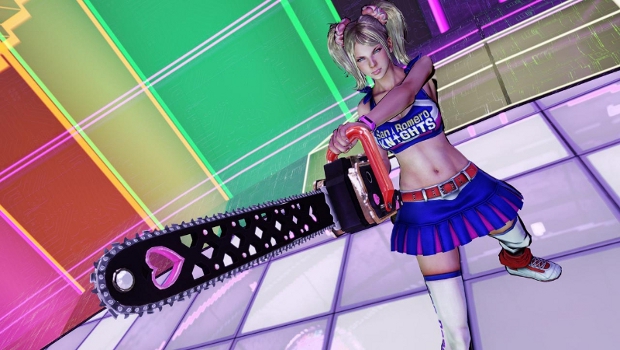 We’re officially just less than two weeks away from Lollipop Chainsaw. Are you excited? I know for a fact that I am. I also know quite a few people who aren’t sure to be excited or not, because they simply aren’t sure of the gameplay. Well, Warner Bros. has heard your cries and has released yet another trailer for Lollipop Chainsaw that shows off the gameplay in all its zombie-slaying glory.

Juliet will slice zombies’ heads off (causing them to fly through a basketball hoop), shoot rocket launchers at them, and even tornado spin into them to death, among much more. Sounds promising, yeah? I mean, what more could you ask for? You’re a cheerleader slaying zombies in creative ways. That’s all I’ve ever wanted.