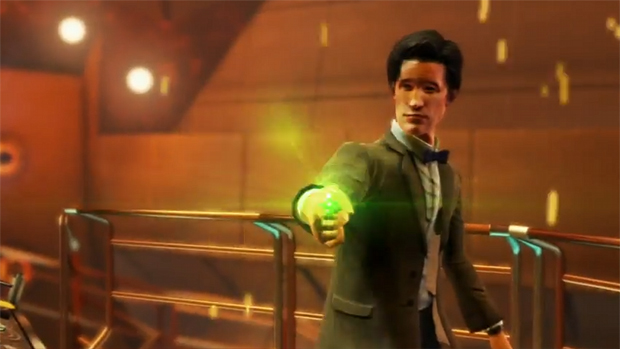 I’m still waiting for a really good Doctor Who game. The BBC-produced episodic adventure game released last year does not qualify, as far as I’m concerned, but there’s hope for The Eternity Clock. Due out next month, we can see from the trailer here that it’s a more action-focused platform game with co-op play as the second player controls the Doctor’s charming companion, River Song.

The Eternity Clock is set to release on PS3 and Vita in March, while the PC version will follow along shortly thereafter. I lost a lot of interest in the adventures of The Doctor in this last season, dropping out before the end, but this does look like it could be fun (if a little rough). And bowties are cool, so there’s that.