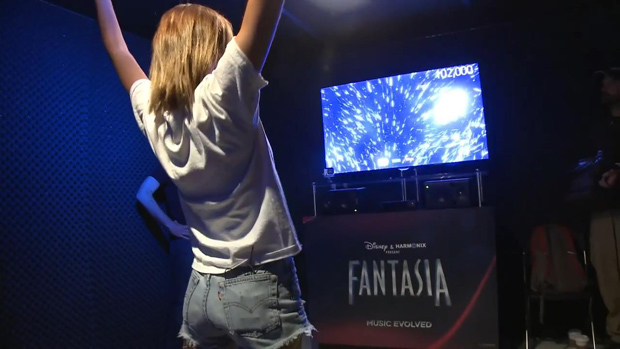 Following Disney’s D23 Expo last weekend, Harmonix released the latest trailer for their upcoming motion game Disney Fantasia: Music Evolved. “The Evolution of Disney Fantasia,” gives us a glimpse at the history behind the animated classic, as well as a fresh look at the new game in action.

In addition, it’s been announced that award-winning composer Inon Zur will be contributing original music for the game. Zur, of course, has worked on numerous franchises including Dragon Age, Price of Persia, and many more. The game will also feature over 30 tracks from popular artists such as Bruno Mars, and Queen. Disney Fantasia: Music Evolved is currently scheduled for release in 2014, exclusively on Xbox One and Xbox 360 with Kinect.