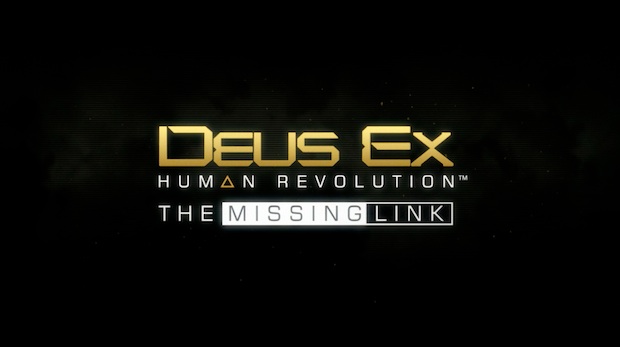 Dug Deus Ex: Human Revolution and want more? The Missing Link downloadable content is now available in North America for PC, PS3 and Xbox 360. It’s available for 1200 Microsoft Points for Xbox 360, and $14.99 on the PlayStation Network and PC. What do you get for that kind of cash?  Try up to six hours of new gameplay, ten new achievements/trophies and 250 Xbox Gamerscore points.

The game’s producer, David Anfossi, says that this DLC provides an enhanced game with deeper insight into the conspiracy, visual improvements, new characters and enemies, and a twist on gameplay elements.

Here’s a new trailer to celebrate the launch.