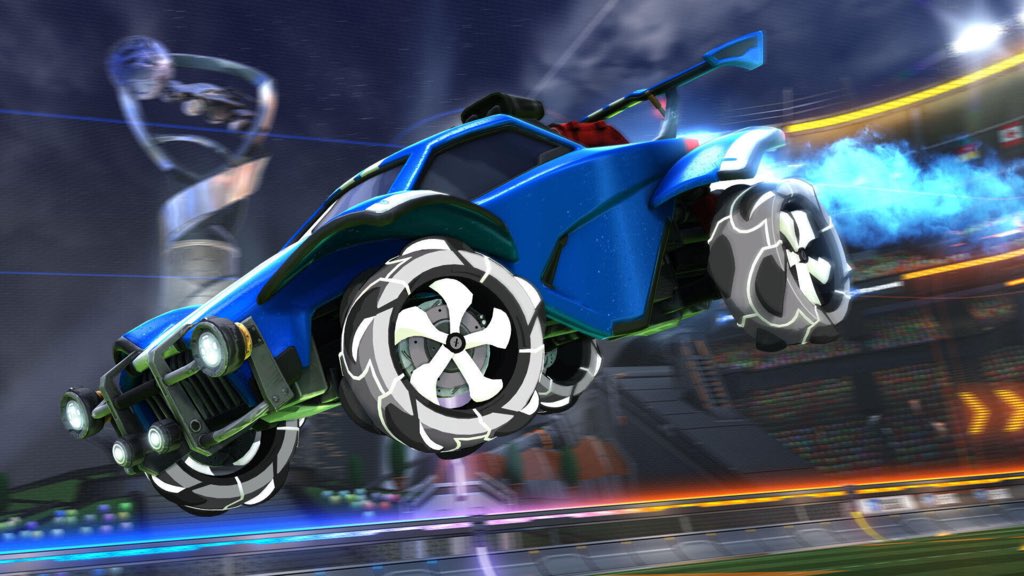 These seven should get you started

Rocket League is free-to-play now and that has brought a ton of new players into the fold. Today, Rocket League hit one million concurrent players for the first time ever. There are a lot of people checking out this delightful five-year-old game, and many of them will inevitably like what they find.

And, for some of them, it’ll turn into an obsession. It’ll transform into more than just playing. They’ll start watching esports. They’ll start subscribing to YouTubers. They’ll tune in for Twitch streams every night. Rocket League has no shortage of content to consume.

I know because I’ve lived it. I want to pass along my experience with some recommendations of my favorite Rocket League YouTubers. It’ll be a little bit of everything — pro play, entertainment value, and tutorials. Hopefully someone finds something they like.

With Jon Sandman, you’re going to get a bit of everything. There’s a bunch of gameplay, he’ll spend a ton of money on microtransactions, he has series focused on car customization, and he’s popular enough to regularly play with pros. Plus, the more people that watch Jon, the more people there are to tell him he got carried to his rank. That never gets old.

Wayton isn’t the biggest name out there but he’s starting to get the credit he deserves. He pumps out high-quality tutorial videos that are usually helpful for players at every rank. If you want to play Rocket League better and more thoughtfully, Wayton’s channel is one you should definitely check out.

And we’re right back to another one of the most popular of the Rocket League YouTubers. A lot of times, it feels as though Rocket League content creators recycle the same handful of ideas. SunlessKhan is different.

SunlessKhan is perhaps the best at injecting variety into his channel. He seems to come up with angles that are more interesting and better produced than most of his competitors. Follow SunlessKhan for the entertaining and easy-to-watch videos.

Lethamyr has to be the creative of the Rocket League YouTubers and it’s not even really close. Once a top pro (and also a coach), he moved onto modding and map-making. Lethamyr consistently puts a ton of time and effort into these custom maps and it shows. He’s a great follow for wacky outside-the-box content.

Rizzo is one of the most well-known pros in the world, a staple of a G2 squad that’s always competing for championships. He’s made a name from himself with his content too.

There’s nothing too fancy about Rizzo’s videos, but he gets a ton of views for a reason. High-level gameplay mixed with some entertaining commentary (usually in comms with former pro Sizz) is a formula for success. Stick around for a whole video and they’ll usually end up throwing late in a game. You hate (love) to see it.

Yukeo is another pro who’s one of the best in the world, and he plays for Dignitas in EU. In my opinion, he’s one of the underappreciated YouTubers, as there’s a lot to learn from him.

Yukeo will typically upload straight gameplay videos where he explains all the decisions he’s making. It’s these types of videos that are very valuable for people who are trying to better understand the fundamentals of Rocket League. Check him out if you want to take Rocket League a little more seriously. Yukeo is also one of the only pros who plays on keyboard and mouse, and it still blows my mind that people are capable of that.

Speaking of blown minds, that’s what Squishy does every time he hits the pitch. Known as one of the most mechanically gifted pros, Squishy routinely makes the seemingly-impossible look easy. He’s endlessly entertaining just out of sheer appreciation for his skills.

All apologies to the likes of Musty, Mertzy, Jessie, Fluump, and JZR. There are so many good content creators and so little (functionally unlimited) internet space!