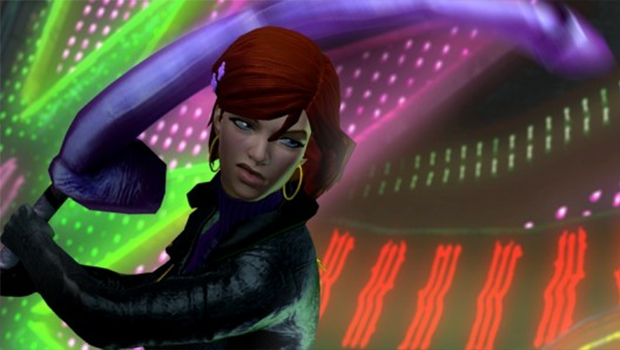 “Why couldn’t that be a Red Dead Redemption or a Skyrim?” Rubin asked. “I look at that title and I say, ‘Who cares what it is and why it got to be what it is? From that team we can make something that isn’t embarrassing.”

For clarification, Rubin is not saying the quality of the game is embarrassing but that its mature comedic presentation, that limits the game’s potential audience, is embarrassing. That Rubin would openly state his dislike of the game’s humor and his intentions to change the game are a bit upsetting as a series fan. Before Saints Row found its voice and over-the-top sensibilities, it was just a next-gen Grand Theft Auto clone. In this instance, bringing Saints Row back to its roots would not be a good thing.

“[Mature humor] works for South Park, but I’m not sure it does elsewhere,” Rubin said. “I don’t think (Volition) chose to do what they did because they had all of the options available to them. It was the environment at the time … I know I can change that.”

As THQ’s new president, Rubin seems pretty gung-ho about expanding its brands’ audiences, instead of focusing on the niche audiences the company has appealed to in the past. The company had a troublesome year in 2011, so I can understand where Rubin is coming from, but he should also realize that stripping away the signature comedic values of Saints Row would not serve the company, developer, or fans well.