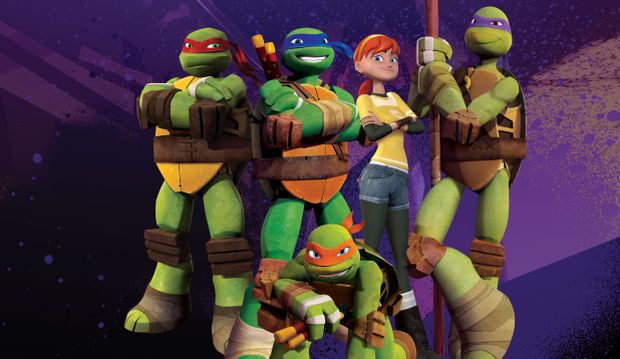 Coming out this Summer by Activision

Remember the rumor that Activision was looking to make a TMNT game? Well it’s finally going forward. Nickelodeon and Activision have signed a multi-year deal to create games on the new CG-animated Teenage Mutant Ninja Turtles series. The first of three games will be released this Summer, and that’s literally all that we know at this point.

Previously, the TMNT license was with Ubisoft and their effort at Turtles games were HORRIBLE. Activision actually does a pretty decent job with their licensed games (uh, most of the time) so there’s a good chance these games won’t be totally horrible. I hope. It damn better well have four-player co-op!

So how is the new CG show? I’ve heard a lot of good things about it, surprisingly. Personally haven’t given it a chance yet as I’m weary of it tainting my fond memories of the original Teenage Mutant Ninja Turtles cartoon. I was THAT kid. You know, the one that had all the toys, bed sheets, underwear — you name it.