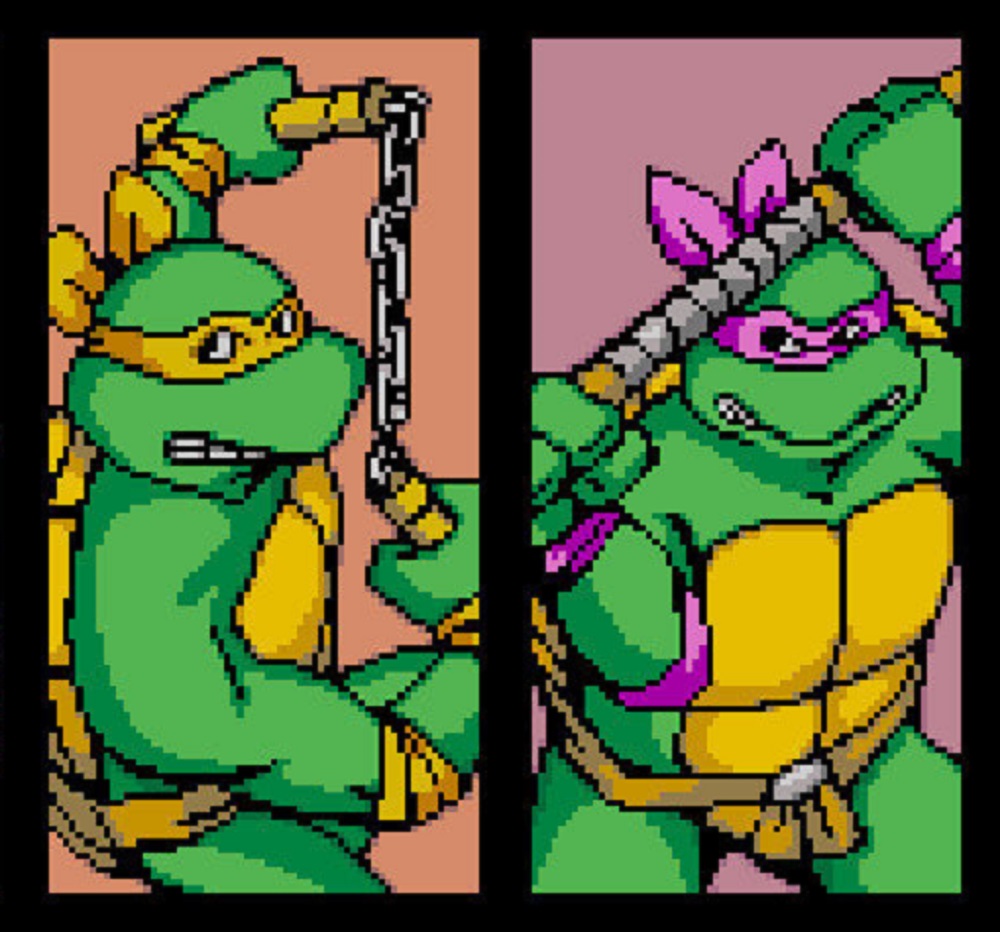 “Tonight I dine on turtle soup…”

Anyone of a certain age remembers playing Konami’s 1989 TMNT coin-op. Hell, there’s still one operable just 10 minutes from my house. Even those they may not have experienced it in the glorious arcade centres of the 90’s likely played the SNES Turtles in Time game, or the Xbox Live Arcade adaptation.

Well, get your quarters ready because, believe it or not, a brand new TMNT cabinet will be returning to your local arcade… umm… or wherever arcade cabinets are found these days, real soon.

Developed by Raw Thrills, Teenage Mutant Ninja Turtles is an all-new scrolling brawler based on the current iteration of the Turtles franchise, showcased on Nickelodeon TV. It will feature fast-paced four-player action, but promises more depth than brawlers of yore, with an emphasis on environmental attacks, team-up moves, special powers and full voiceover from the show’s original cast.

The monster cabinet boasts a 55-inch HD screen and what seems to be a three-button control system. The game will be unveiled at the IAAPA 2017 convention in Orlando, a trade show for amusements and theme park attractions. Here’s hoping it isn’t completely terrible and sees reasonable financial success, perhaps leading to further arcade designers stroking their chins and picking up their pencils once more. 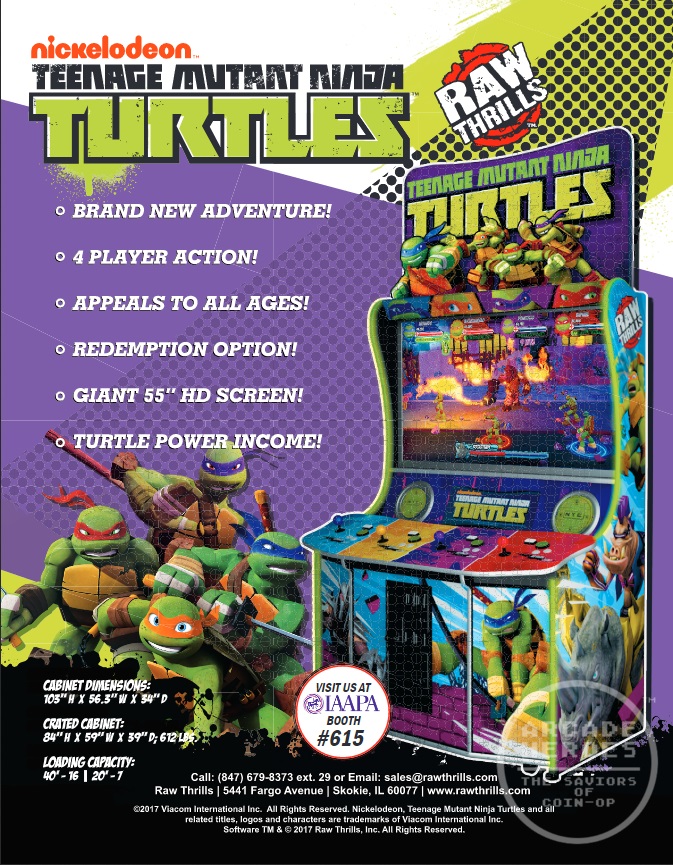