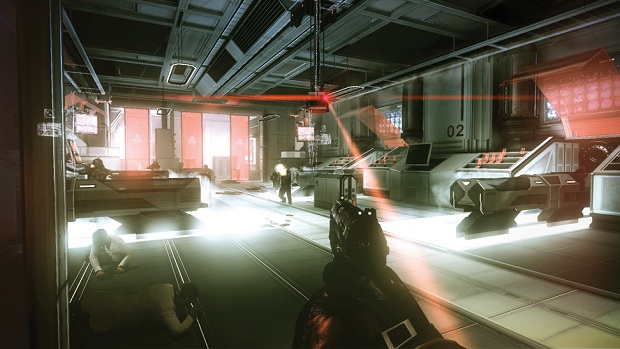 As anyone interested in Starbreeze’s Syndicate will know by now, a demo for the FPS was released on the PlayStation Network and Xbox LIVE yesterday. It allows players to try out a level called “Western Europe” with up to 3 friends (or random people online) as they bust into Cayman Global, steal some blueprints and kill Colonel Enrico Gabron.

Sounds simple enough, but if you’ve ever watched a Syndicate gameplay video then you’ve undoubtedly seen just how much stuff is going on with the HUD and other aspects that might leave you a little confused, like it has with me. If that’s the case — or if you just want to see what the demo has in store — then this new Syndicate co-op “How To” video released by the developers will be so worth the watch.

Look at all those pretty effects.