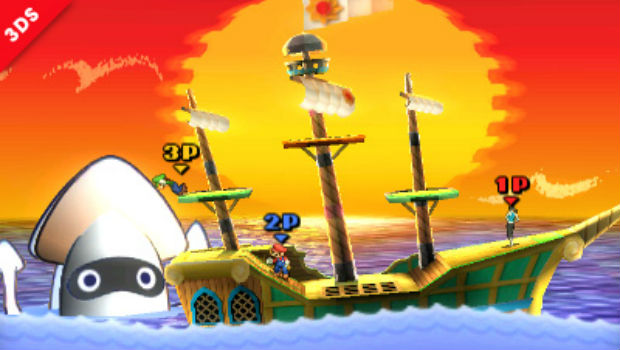 In addition to that Tomodachi Life stage that’s exclusive to the 3DS, the portable is getting another stage — the ‘Paper Mario‘ level. According to director Sakurai, it’s “made of paper, so strong winds will blow it away.”

What’s really cool about the arena is that it transforms, folds over, and opens up again to reveal a new arena. Both Sticker Star and Thousand-Year Door locales are confirmed so far, including the S.S. Flavion from the latter game.