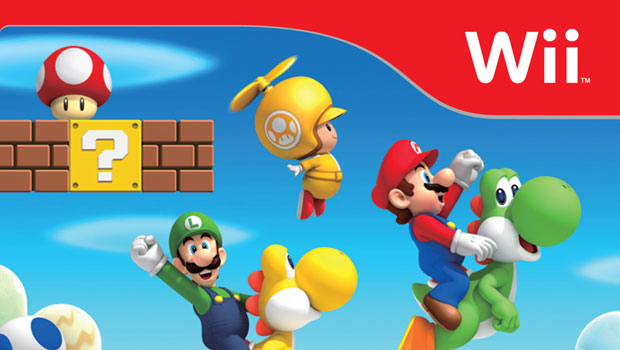 I have laid eyes on the final North American retail box for New Super Mario Bros. Wii, and I have to report, it’s like no other Wii box you’ve seen before.

Shigeru Miyamoto pulled the thing out of nowhere, like a magician pulling a rabbit out of hat, showing us the magic that would appear on shelves on November 16. The case itself will be completely red, a first for any Wii game, said Miyamoto. He also took the opportunity to point out the art’s metallic and gold stamped Wii logo, exclusive for North America.

Now, you can’t see any of that stuff in the image above provided by Nintendo; I failed to take a picture of the box while it was right in front of me. I have failed you, and for this I apologize. But all jokes aside, trust me — it’s pretty cool looking.