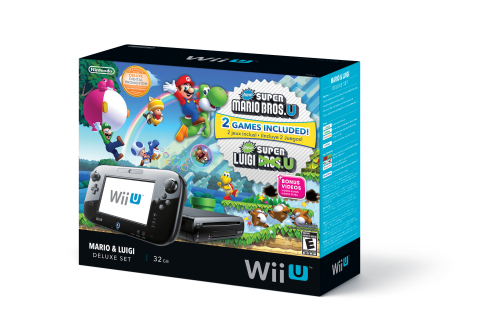 Instead of Nintendo Land

Nintendo of America has announced that the 32GB Deluxe Wii U bundles are now getting an overhaul. Instead of being packed-in with Nintendo Land, the sets now feature New Super Mario Bros. U and New Super Luigi U on the same disc. This pack will arrive on November 1st, just in time for the holidays, priced at $299.

Nintendo Land will now be offered at $30 at both retail and on the eShop, which is a great deal if you plan on playing with friends, in my opinion. Actually, this whole bundle is a pretty good deal, as the Wii U is currently my most played system, having acquired a decent library at this point.