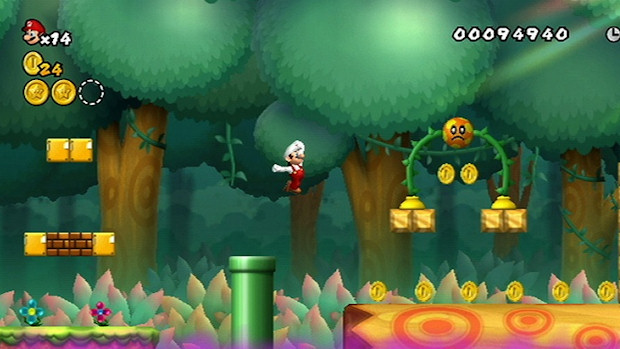 Reggie Fils-Aime is a big talker, and today he’s made one of his biggest statements yet, claiming that if Modern Warfare 2 and New Super Mario Bros. were on equal ground, the latter would have no problem outselling the former. Apparently it’s only NSMB‘s position as a Wii-exclusive that’s holding it back.

“Modern Warfare 2 is on two platforms. On a single platform … absolutely. I say that unequivocally. On one particular platform, I do believe so,” claims the savory Nintendo president. “You’ve got to give me the entire holiday selling season, so let’s take it all the way through the January NPD data … It’s going to be close. Modern Warfare is a a great title. As a gamer, I look forward to it. The new Modern Warfare, I think is going to be a fantastic title. Not to discount it, it will sell well. Of course I’ll play it … I play all the content out there.”

I have to say that I don’t think it would be as easy as Reggie claims. Despite its status as a multiplatform game, Modern Warfare 2 may well be the biggest game launch of all time and is set to eclipse World at War, a game that spent months in the sales charts. I also believe it would depend on the platform. If MW2 and NSMB were restricted to the Wii, maybe it would be a close contest. If they were restricted to the Xbox 360, then I think MW2 would have a very clear edge.

It’s very easy for the hamburger boss to say these things while there can be no competition, but the man should put his money where his meaty mouth is. C’mon, Reggie, make NSMB multi-platform!