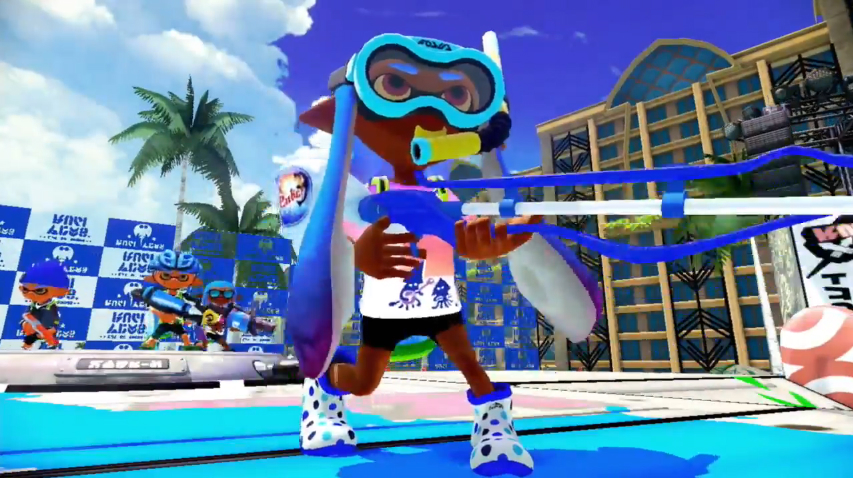 During today’s Nintendo Direct, Nintendo announced the immediate DLC plans for its hit multiplayer shooter Splatoon. Starting today, an update with new gear will be rolling out.

The bigger deal is the new map, Museum d’Alfonsino. It comes out tomorrow, just in time for the weekend splatting.

A second map, Mahi-Mahi Resort, was also shown, which features changing water levels, making the last part of the match more unpredictable. It almost has a Super Mario 64 Wet-Dry World idea going for it, but with more paint and squids.