Will Marina play ball, or is she gonna score an own goal?

Nintendo have unveiled details on not one, but two new splatfests, which will see players unleash colour-soaked hell in Switch shooter Splatoon 2 in order to answer life’s big questions.

Next weekend, North America will fight it out over a question of sport. Do you prefer Baseball or Soccer? Pearl prefers Baseball, probably because she gets to cave in heads with the bat, while Marina is choosing Soccer, which I assume Nintendo picked because, had they chosen U.S. Football, it probably would’ve been a whitewash.

In fact, Marina, a proven fitness-freak, seems a little lost on the whole “Sports” concept. I hear ya, sister. 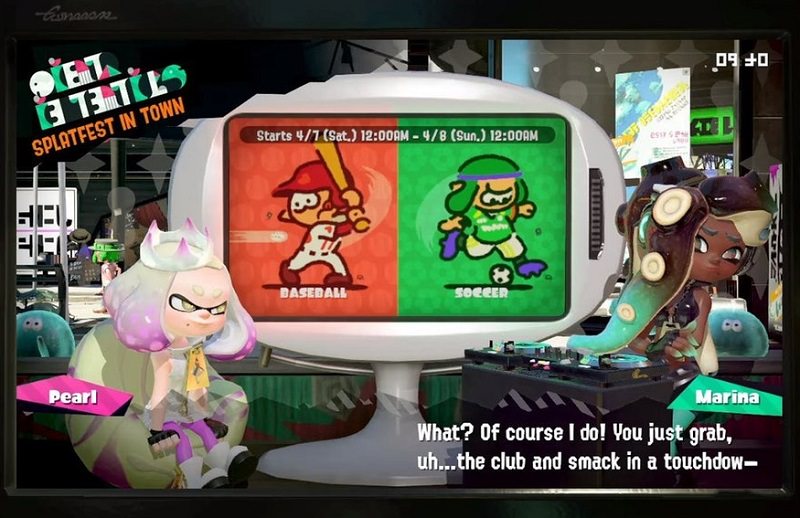 Meanwhile, in Europe, players will be taking to the battlefield to argue whether Popcorn should be Salty or Sweet. Quite rightly, Pearl is pretty Salty, while Marina is Too Sweeeeet. Unfortunately, neither host is choosing secret third answer: “Don’t eat popcorn at the cinema because the noise is pissing everyone off. Who the hell thought selling crunchy food at the flicks was a good idea?” 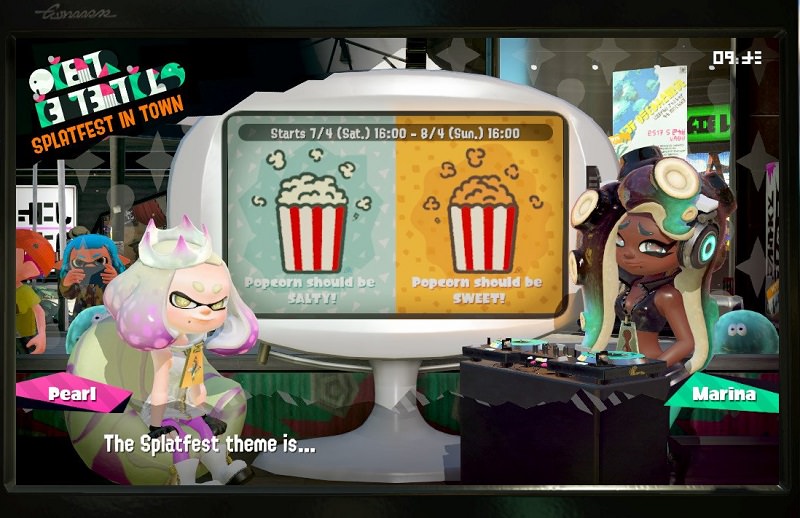 Both splatfests will take place next weekend, April 7, and as always be live for 24 hours, before calculating the scores and deciding a winner. Who’re you backing this time around, squid-kids?