The Love of Money is the route of all Gherkins, or something

It’s been a big weekend for Nintendo’s arena-shooter Splatoon 2. First there was a new weapon, then a tournament, complete with Off the Hook concert. This was followed by the announcement of new content and amiibo, and now we have not only the results of the current Splatfest, but also the theme for the next one. Phew!

Across Europe, a war waged over Gherkins. Specifically, whether you like them in your burger. Apparently you don’t. Pearl’s Team Disgusting swept the board with a 3-0 victory, taking Team Play, Solo Play and the public vote. Now it has been decreed by the pint-sized Princess, I expect McDonald’s to announce the removal of gherkin from all of their products, effective immediately. 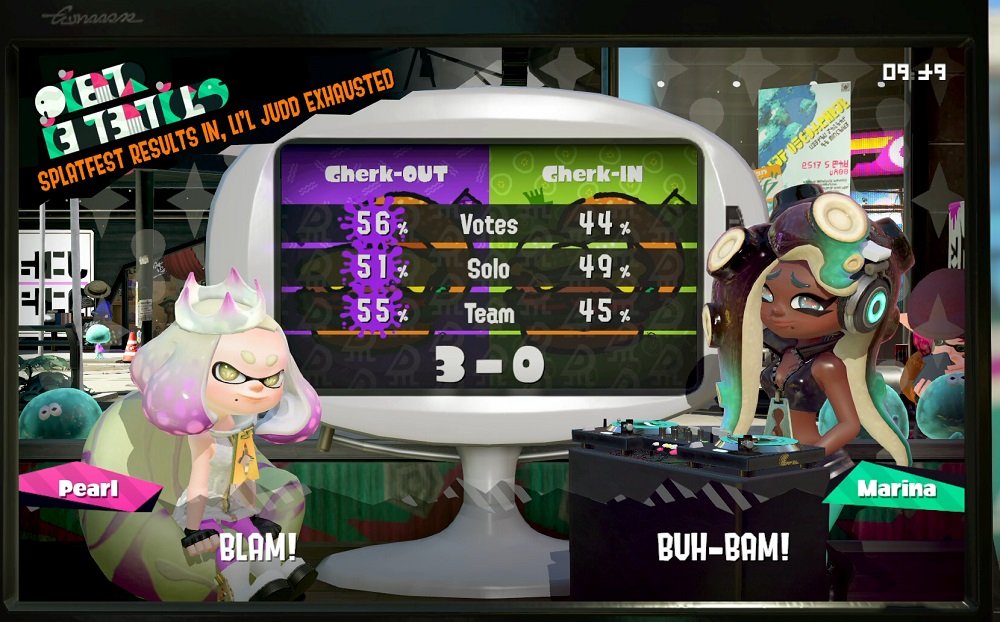 Maybe Marina will have a little more luck in the next Splatfest, which was spotted on Reddit. Scheduled to take place in the U.S. this coming weekend, a slightly more philosophical topic asks which you prefer: Money or Love? Marina, bless her heart, will be championing Team Love, whereas Pearl, of no surprise to anyone, is all about that dollar-dollar bill y’all.

The Money vs Love Splatfest begins Friday February 16 at 23:00 and runs until 23:00 on Saturday 17. I love Love, but without Money, I can’t buy an amiibo of Pearl, who I Love, even though she Loves Money. 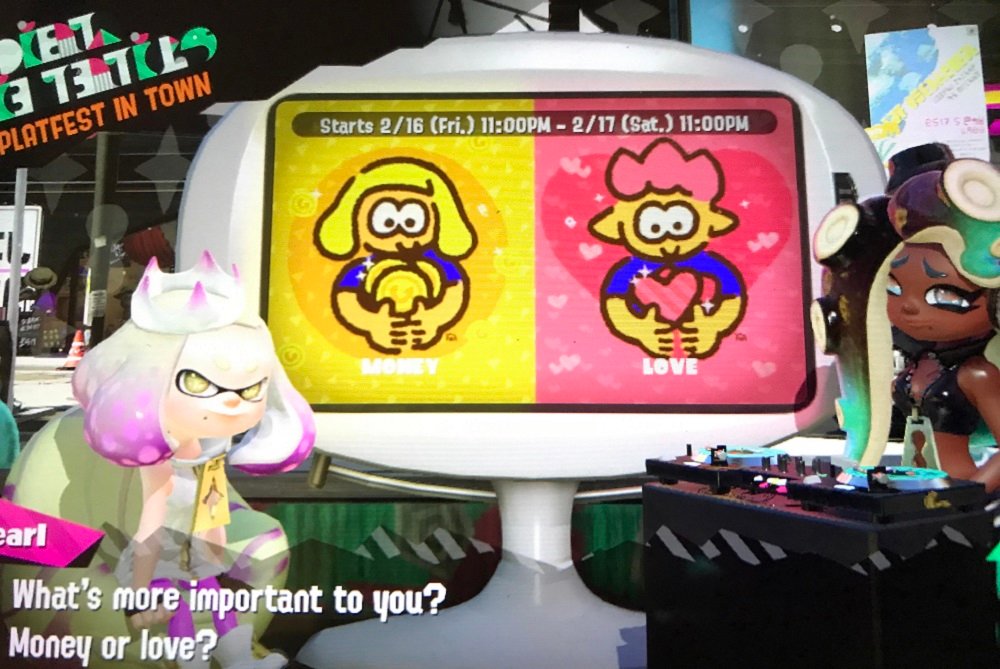