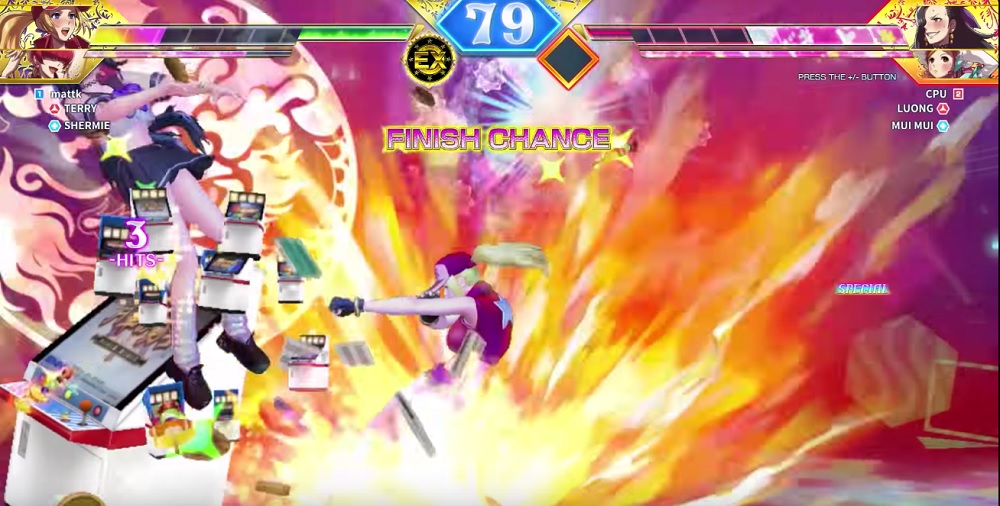 Get dressed for success

We are just a few weeks away from the release of bizarro fighting title SNK Heroines: Tag Team Frenzy. The next in a series of short trailer has been released by SNK, taking a brief look at the gal fighters’ customisation options.

As you may or may not know by now, SNK Heroines is a two-on-two fighting title that, frankly, is throwing depth to the winds. As exemplified in this trailer, there are no command moves in the game, with a single button used to bust out all special attacks. Fights end once you reduce your opponents health and then land your character’s respective Super.

The customisation allows for your deadly duo to be dressed up in a variety of wild costumes and accessories. Each character features three skins and can be customised with over 140 accessories. So you might get your ass handed to you, but you can at least look fabulous when it happens. This new trailer also features a glimpse of the recently-revealed Terry, rocking her classic Super; Buster Wolf, complete with added MVS cabinets. Don’t ask me.