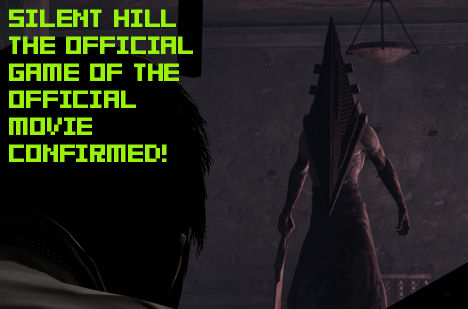 Some new information has surfaced on the Western-developed Silent Hill: Homecoming. Chief among them for me is the grim confirmation that Pyramid Head is indeed being recycled and crammed in to this new installment, something I was trying to pretend wasn’t real. As if that wasn’t lame enough, the fact that he’s the musclebound skirt-wearing version as seen in the Silent Hill movie, and not the creepy smock-adorned version from Silent Hill 2, suggests even more to me that this game will be a cheap disappointment crammed full of homages to the film more than anything else.

Pyramid Head, the nurses, the look of the Otherworld — all of it has been lifted directly from the movie, which is rather pitiful and creatively lazy in my opinion. I’ll stop bashing it before I sound like a Fallout fan or something, but I’ll just say that this is not a game I am excited for, and to say that about a Silent Hill game is something that saddens me greatly.

Still, check out the new shots over at ActionTrip, and also be aware that Konami has pushed the release date back to November. Maybe they found something else from previous SH installments to recycle and shoehorn in at the last minute. It has been confirmed that a PC version is in the works as well.

Also, f*ck the developers of this game for making me feel like a whiny Diablo fanboy complaining about new games. If you’ll excuse me, I’m off to make a melodramatic online petition to continue my Silent Hill bitching in peace.

Filed under... #Does it suck?#Konami#Silent Hill