After its E3 conference, Bethesda pulled an Oprah to announce those who waited two hours in line in the sun to get in would get three limited edition Bethesda vinyl dolls made by Funko. They went up on eBay for $400 immediately.

Ahead of Comic-Con, Funko has announced a follow up line of (less scalpable) Fallout blind boxes, twelve toys you buy at random in little boxes (with even 1:12 odds for each doll). The two inch vinyl figures hit stores in September. 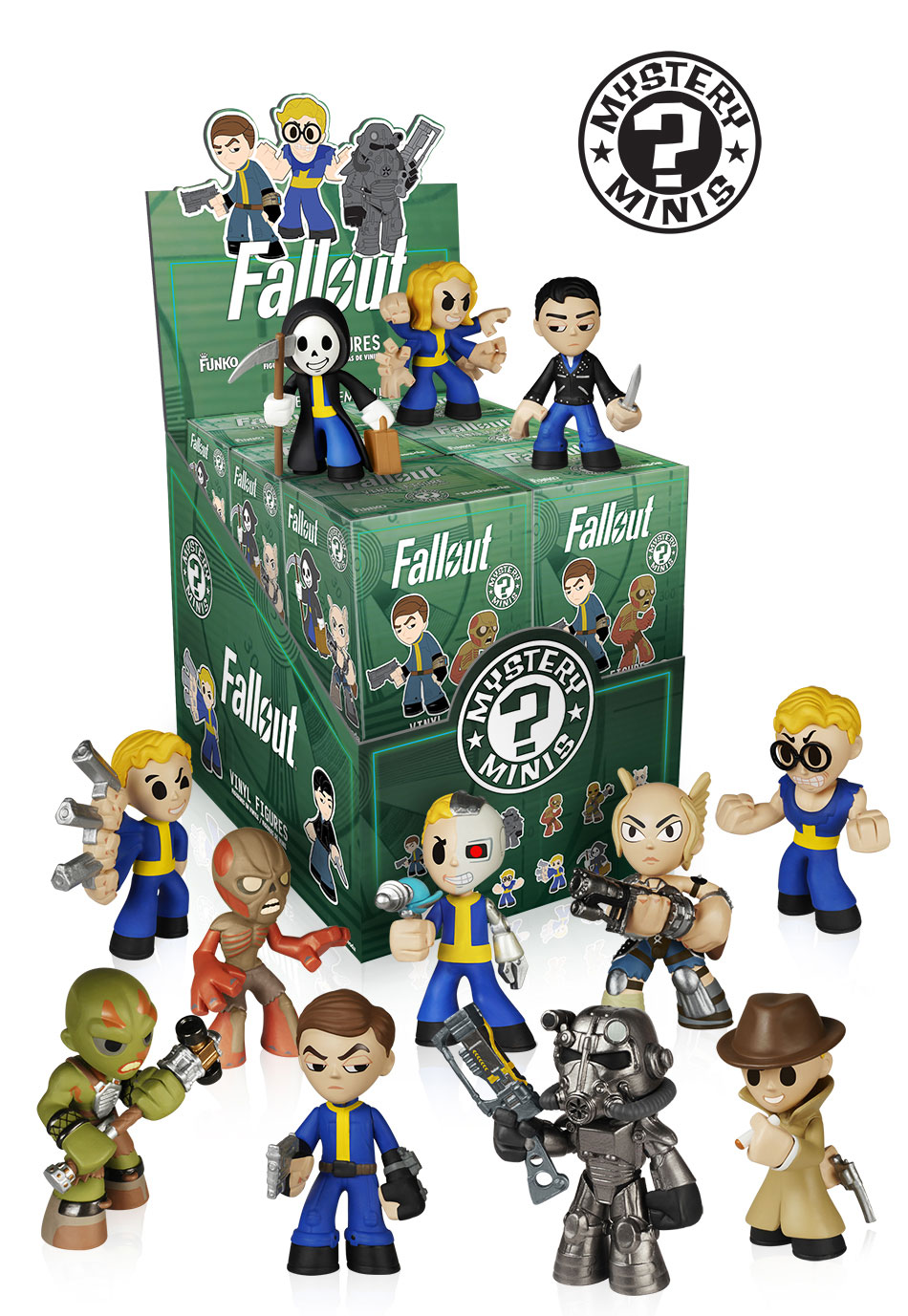