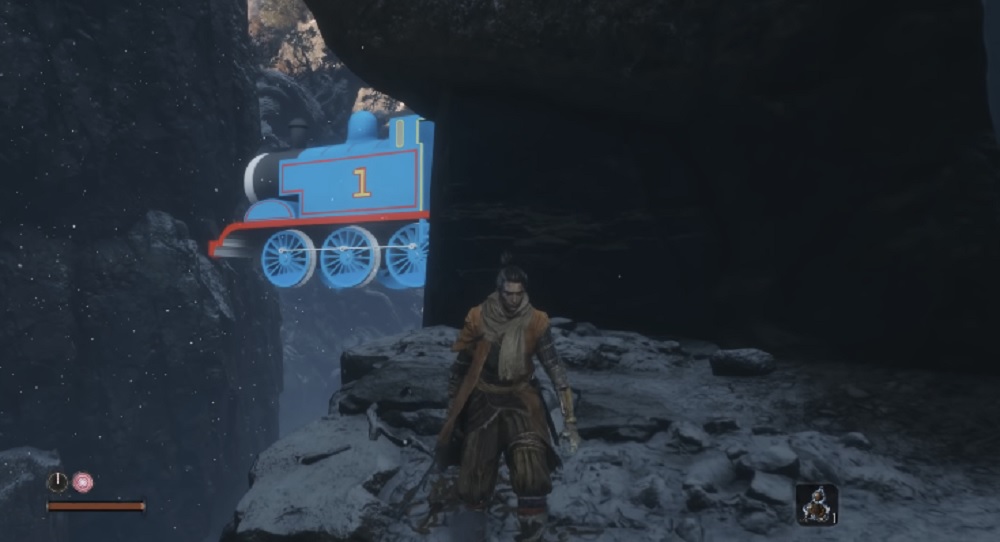 The Great Serpent quickly became a mascot of Sekiro when it was introduced in a very early trailer, and its legacy lives on well after launch.

As usual the cheeky PC modding community managed to replace the slinking baddie with a character that is seemingly popping up all over the place these days: Thomas the Tank Engine. Instead of a slithering snake the Great Serpent is now Thomas, lurking about with his memorable whistles. YouTube user katalash managed to capture the full first sequence in all its modded glory, which you can watch below.

This is something everyone can use, as you can download the mod here. If you need help with The Great Serpent, we have a guide here.