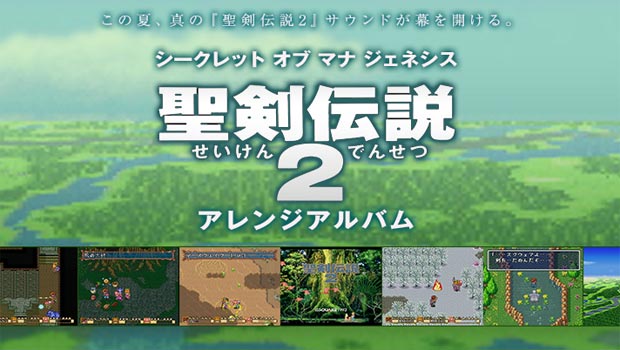 Square Enix is having Secret of Mana composer Hiroki Kikuta prepare an all-new arrange album paying homage to his work on Seiken Densetsu 2 (Secret of Mana). It follows their celebration of the series last year that saw the massive 19-disc plus DVD book containing all the music from the series and an arrange album by Kenji Ito.

While the website that’s up right now is a simple teaser with the original opening music from the game (one of the best pieces of music ever), the overhead map visuals of the Secret of Mana world and the stream of screenshots, it’s exactly the dose of nostalgia I needed to get incredibly excited for this album. It’s titled Secret of Mana Genesis, and will be out on August 8 in Japan. It can be pre-ordered at CD Japan where there’s said to be a first press bonus for early buyers.

So, does this teaser website tug at your heartstrings? Will you be looking to pick up the album when it launches in a couple months?