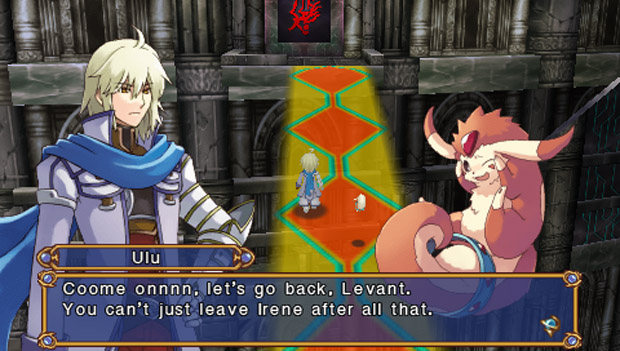 I got to see an early look at upcoming PSP role-playing game Hexyz Force early last month, but now it looks like it’s ready for a primetime debut with both new screenshots and a full trailer coming from Atlus today.

You might have heard that this is a 2-in-1 RPG, as it has two stories following two different characters. Their paths intertwine, as you’d expect. Atlus is calling this the gamer’s game, and it certainly looks that way to me. Maybe they should say that it’s the role-playing gamer’s game. That it definitely is.

The screens in the gallery below show a bit of everything: battles, overworld and anime sequences. The trailer is where all the action is at, though.

Hexyz Force is coming out on May 25th. I’m currently playing early code for a review and I’m enjoying it quite a bit (surprise!). Look for our review next month.