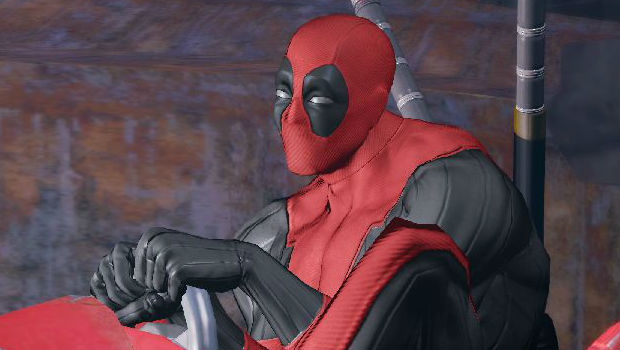 A bunch of new screenshots have been revealed for the upcoming Deadpool game by High Moon Studios, and man do they look interesting.

First off, we have full confirmation of the existence of Cable, which totally speaks to the X-Men fanboy in me who thought he was pretty much the coolest thing ever for many years. (A time-traveling cyborg? How can you go wrong?)

Other, less obvious shots involve Deadpool having a little fun in a kid’s ride, slicing and shooting up some dudes, and fighting an enemy that looks suspiciously like Mr. Sinister. There’s also some concept art, involving an arena with a broken Sentinel head, and some pretty badass cityscapes.

I’m interested in seeing how this one turns out. I love the Deadpool IP, but it’s really easy to overdo it — plus, High Moon really needs to nail the action mechanics on a technical level to keep me interested. We shall see!