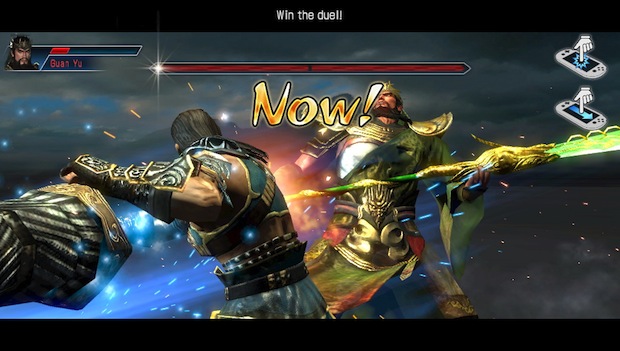 Dynasty Warriors Next is the worst name ever, but it’s a cool game, so we’ll let it slide. Tecmo Koei sent along new screenshots of the upcoming Vita game, set to launch at system launch, on February 22. The screenshots showcase the game’s character editor and 1-vs-1 duels. The duels are in something like first-person and use the Vita’s touch controls.

I’ve played the Japanese PSN demo of Dynasty Warriors Next and it’s a pretty good time. Nice graphics, great control, and lots of silly touchscreen and rear touch attacks are included in the demo. You’ll get a real good feel of what to expect from these new input methods in the duel screenshots below.

Overall, DWN exactly what you’d expect, and that’s not a bad thing.