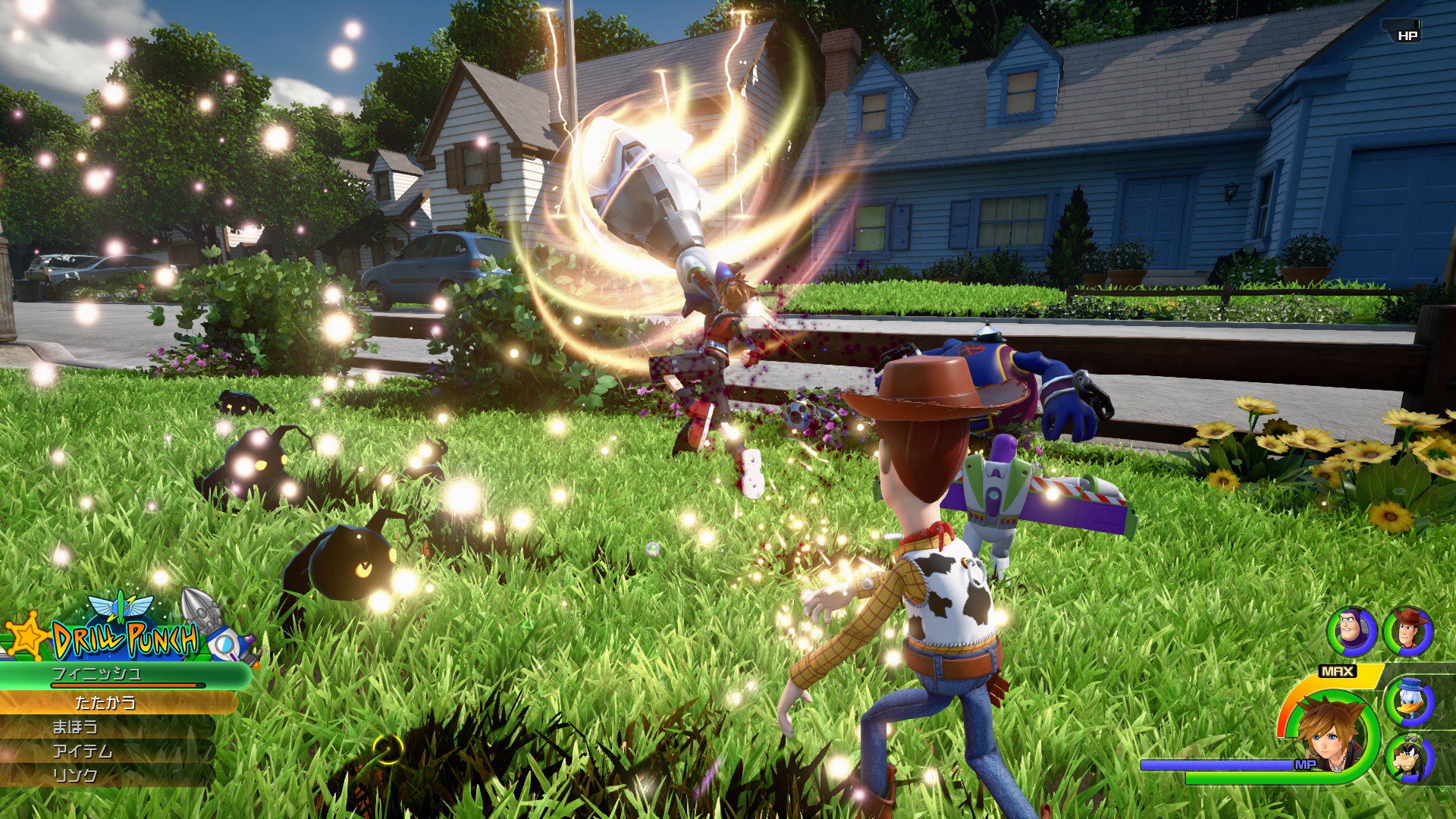 To recap basically everything we know about the worlds of Kingdom Hearts III, so far we’ve seen the Hercules and Toy Story worlds in motion, but it’s confirmed that Big Hero Six and Rapunzel are getting their due as well. That said, Square Enix has noted that we’ll see “less Disney worlds” this time around, so that could potentially be it outside of new creations and the long awaited/rumored The World Ends With You level.

While we wait for more news (and potentially news of more delays), you can check out these high quality screens for the Toy Story and Hercules settings below. They do a pretty damn good job of showcasing the clean UI, as well as the beautiful engine via Unreal Engine 4.

While the excitement for this is up to 11 right now, I’m anxious to see how people react to the inevitable “hearts darkness, darkness hearts” narrative with hours of exposition. Maybe Square Enix will even cut to the chase and rename it “Kingdom Hearts 3.14159265359.”

Just kidding, I’m pretty pumped myself having played all of them, including 2.8‘s good showing. But that’ll still probably happen.