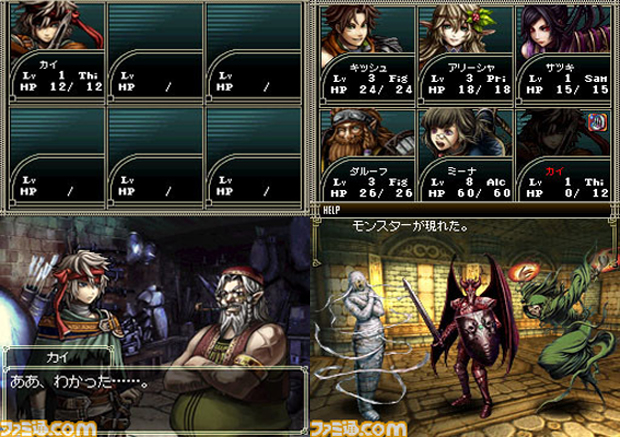 Some of you may recall back when I did my review of The Dark Spire, a little dungeon crawler for the DS that dealt out dungeon crawling and punishingly hard difficulty in equal doses. Of course, some of the inspiration for this game (and for more dungeon crawlers than I can count) was Sir Tech’s original Apple II game Wizardry. There’s a new title in the series coming for the Nintendo DS, and Famitsu recently published new screens for it (which you can check out here).

The new game will allow up to six characters in your party, which you can meet along the way or create yourself if you are so inclined. The dungeon map will be viewed on the top screen, while the bottom will be manipulated using the stylus (for traps and such). The game is due out in Japan this November, with no US publisher announced as of just yet. I’d love to get my hands on a modern take of Wizardry. I wonder if the difficulty will be as tough as I remember, or will the developers adjust it for modern audiences?