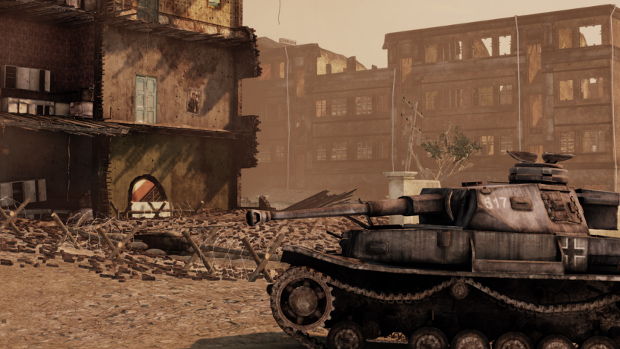 We have some new screenshots of the upcoming World War II shooter, Red Orchestra 2: Heroes of Stalingrad, to show off. In Red Orchestra 2, you will always be playing from first person, even while taking cover. You’ll have to fire blindly over walls and hope that you get lucky enough to hit something.

You’ll even get to see the interiors of the tanks you drive around, and other players will be inside with you reloading the guns. Red Orchestra 2 will have a campaign that you can play alone, with co-op, or even as a multiplayer game.

“Rising Storm” is a mod being developed by a team of lucky folks who were given the modding development tools early by Tripwire Interactive, the makers of Red Orchestra 2. Tripwire wants to make sure everyone knows that the game is mod friendly as soon as it comes out, and the best way to do that is to have a mod come with the game. The pictures from the mod are the green and leafy looking ones in the gallery. “Rising Storm” is set in the Pacific theater of World War II.

We can look forward to playing Red Orchestra 2: Heroes of Stalingrad and “Rising Storm” on our PCs on August 30, 2011.