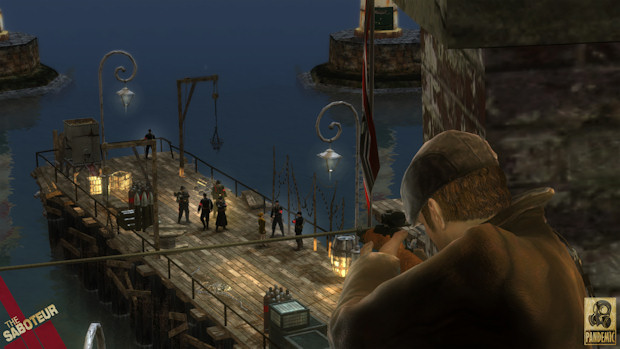 If you thought that Pandemic’s The Saboteur was all about brothels and boobs, then you’re going to be faintly disappointed, because apparently there’s more to it than that. While there’s plenty of wartime flesh on display, your main objective isn’t to ogle girls but to dispense Irish justice to the Nazi scum of occupied France.

Sniping officers, exploding zeppelins and rigging bombs are all part of the fun, as players take on the role of an embittered race car driver who has taken to a life of scuppering German operations. While it’s not being given the AAA treatment, it looks like a really interesting game with a unique take on the overused World War II setting.

Once this big-name games of the next few months are done and dusted, this shall be very high on my watch list.