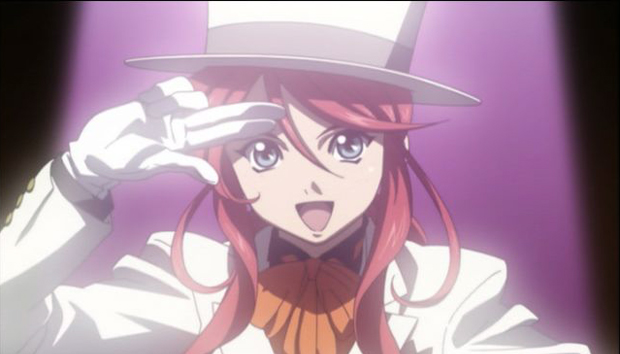 Yes, I said dance, because the game is about dancing, acting, love, and piloting transforming steam-powered psychic robots. For Chrissakes, your squad is called the New York Combat Revue!

Anyway, NIS America sent us a load of screenshots for Sakura Wars: So Long, My Love. Being the resident fanboy, it was my duty to make you look at them. So look at them.

The screens mostly show off the ARMS (for “Active Real-time Machine System”) battle mechanics, and display how amazingly moderately the graphics have held up in the five-odd years since the original release. As you can see the bar below represents the character’s action points. Action point costs can depend on the team’s battle stance. Offensive stances make it cheaper to charge super moves but more expensive to defend, and so on.

So far the only interface being shown is from the PS2 release, so we don’t know yet what’s going to be changed for the Wii version. I’m pretty sure that both versions will still have that picture of a girl bifurcating a robot with a sword while riding a horse. Sold.

Check the gallery for hot picture action, and get under the cut to watch the game’s intro.