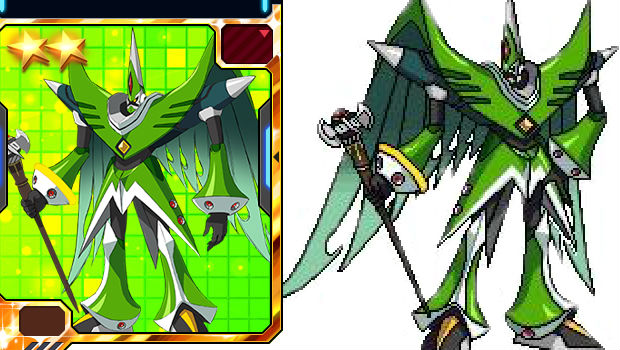 Another cool design down the drain

Coming off of the cool Rosso and Blu D boss designs for Rockman Xover, Capcom has another bot on the way — Verde R. He’s a pretty indignant-looking bird, and commands the wind element.

His update will hit on August 12 in the form of a new Battle Tower. As bare-bones as this game is, I’d love to see most of the designs in a real Mega Man game someday. Maybe if Mighty No 9. is a huge hit, Capcom will rethink its stance.

Or maybe we’ll get a localization of Rockman Xover, and when it tanks, Capcom can say “see, we told you no one liked Mega Man.”