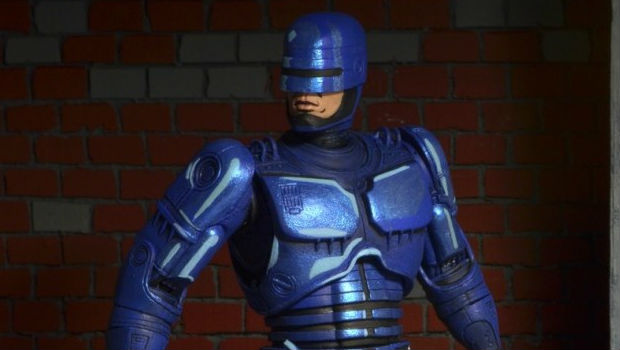 Jason Vorhees got a pretty killer figure based on the NES game Friday the 13th, and now, that same company is producing a RoboCop figure based on the retro adaptation of the film. NECA seems to be going all-in with 8-bit tributes, and RoboCop will ship with a spring-loaded holster, Auto-9 Pistol, and a blue/purple paint job.

The packaging will also be vintage themed, and made to look just like the 1989 NES case. For those of you who are already looking at picking one up, it’ll arrive in February of 2014, and are strictly limited in quantity.