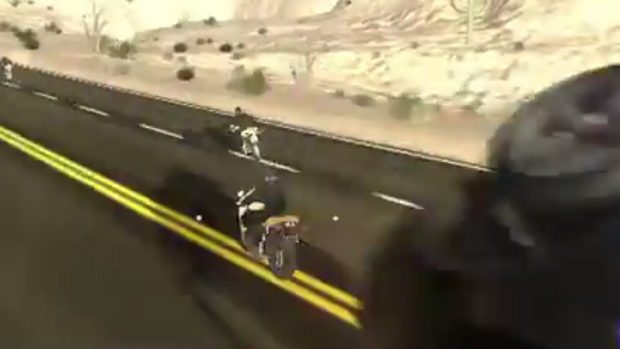 Billed as a spiritual successor to Road Rash, the long-dead Electronic Arts’ motorcycle racing series, Road Redemption managed to achieve its funding goals back in May. This new video released by Darkseas Interactive shows some of the progress they’ve made on the game in the last six months. Specifically, the intent is to show where they’re at with the visuals and demonstrate a couple of the game’s ranged weapons, the uzi and grenade launcher.

It’s shaping up, for sure. Watching this has transported me back in time to being a teenager and yelling at Viper for being a total dick for taking my chain away from me. Still looks like they have a long way to go yet, but I’m hopeful that this can deliver on its promise. Road Redemption is targeted for release later this year on PC and Wii U.