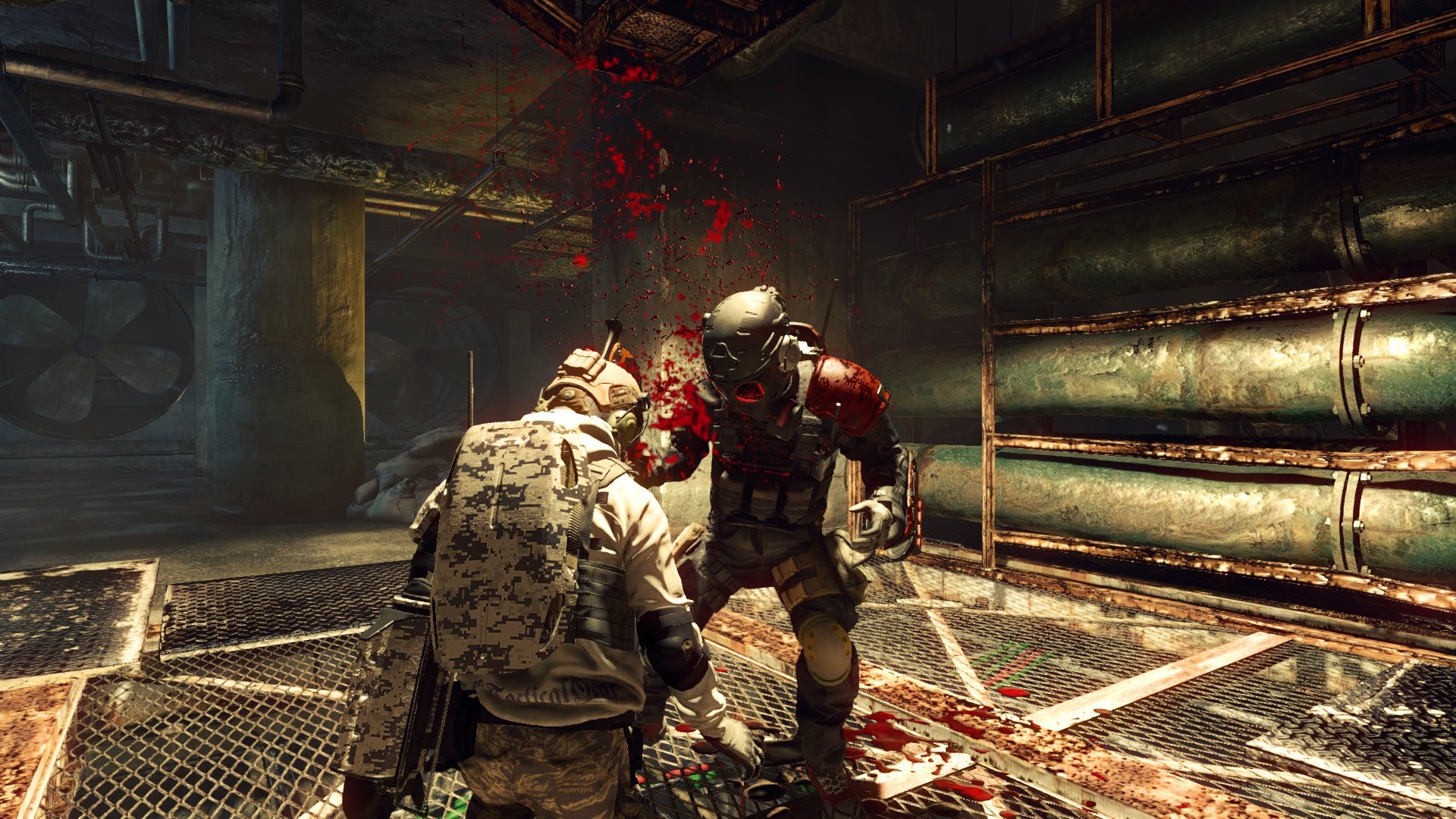 Next year is the 20th anniversary of Resident Evil (Biohazard here in glorious Nippon) and the only Resident Evil game dated for 2016 at the moment is the newly announced Biohazard: Umbrella Corps. It is an online, competitive third-person shooter, which is emblematic of the last six years of Capcom failing to know what to do about Resident Evil, starting with the confused, bankrupt Resident Evil 5.

Which isn’t to say Umbrella Corps wasn’t fun, just puzzling in its existence. I feel like a dog cocking my head to one side.

Until I actually played it, I was feeling Gears of War hints. There’s the close, over-the-shoulder view (arguably equally established by Resident Evil 4, but the former gets the mental nod in the context of a third-person competitive shooter), the general griminess of the place, and the claustrophobic tightness of the map, and the “Brained,” a rock climbing pick ax looking thing good for one-hit melee kills. And then I played the thing and there is none off that lumbering; it felt more like Counter-Strike speed.

The regular walking speed is quick, sprint is quicker. Even the crawl is fast, which is incredibly strange looking. There’s a cover system, too, which is a bit like Gears‘ run. If you’re aiming at a structure that supports cover, it will be outlined blue. Pressing X will automatically send your character running for cover and then snap in.

Zombies are kind of just milling about (I think they just kind of spawn from goopy puddles in the floor) and you do get points for killing them. They can kill you, too, but are non-threatening enough that you can run past them. I did get killed by one, though, while I was already hurt and trying to crawl-retreat from bullets. It clocked me in the face. So they add something to the matches.

The one life, no respawn mode I played is “one of the main modes,” which emphasizes the focus on small, quick games. We were playing 3-on-3 and the game will go up to 5-on-5 with more modes to be announced later. Umbrella Corps is a bit more fast and floaty than I expected, but that did give it a somewhat novel feel. I’ve always preferred smaller player count shooter multiplayer, too. The whole thing feels…fine. A bit faceless with the tactical, bug-eyed non-persons, but not completely bog standard boring, either.