While the license got me invested in seeing Bloody Days at GDC, I was a bit surprised to not find a run-of-the-mill low rent shooter. Something like the last Reservoir Dogs game, basically, or maybe a Payday knockoff. Instead, Bloody Days is an isometric shooter modeled after Hotline Miami, but with a twist.

Reservoir Dogs is also where Tarantino debuted his penchant for non-linear story-telling, constantly flashing back and forward. The team at Mutant Games (Fist of Jesus) took this somewhat literally, adding a time-bending mechanic to what isn’t and never was meant to be “a dialogue-driven game,” despite the source material. Instead it’s a “very choreographic…top-down strategy-action game” styled with “a touch of anime,” as you can see in the character art that reimagines the classic Mr. Blonde, Mr. Blue, Mr. Brown, Mr. Orange, Mr. Pink, and Mr. White. 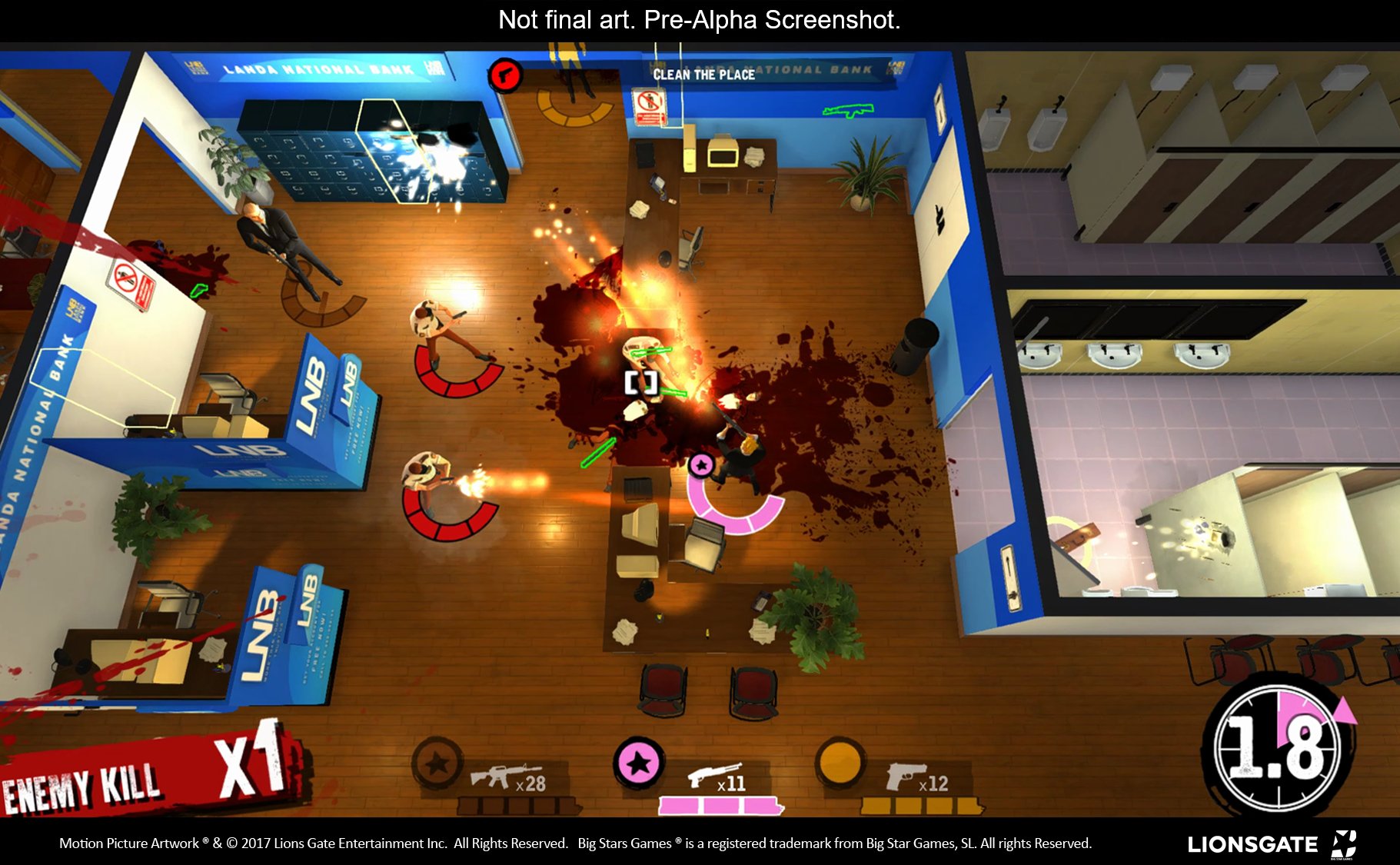 But let’s cut through that word salad for a second. Bloody Days is kind of what you would get if you made a turn-based strategy game in real-time. There are “18 scenarios with different missions and heists” in areas loosely inspired by the film. In them, you have one of the Dogs as group leader. He makes the first moves as you control him (in real-time, much like a Hotline Miami), busting through doors, shooting cops, whatever.

Then when you’ve done some work, or maybe even gotten your top Dog killed, you rewind time and play as your second Dog, while a copy of the first acts out everything you just did as him. Those guards that took half of Mr. White’s health on your first move? Now reinforcements show up with him and the “two” of you off the guards before anyone gets a scratch. Your second Dog can move around and do things — typically snatch up loot, or kill people — for as long as you ran around with your first (~15 seconds is a good intro amount to get a handle on things). Then, everything resets again and your third Dog can act. Because you know the first two handled the guards fine, maybe he goes straight off the beaten path to crack a safe and make it back to join the group.

After your third Dog’s time is up, all three will have acted simultaneously, and you start again with your leader, who can move around for as long as you’d like. You’re controlling three characters at once, but also one at a time, and seeing how things play out in real-time, with enemies’ moving in real-time. In that sense it’s more a puzzle game than Hotline Miami‘s ether-trip of a score chaser, though there is a combo system and high scores to aim for as you work towards becoming as efficient a crew of thieves as possible.

While it isn’t as stylish as a Tarantino film, Reservoir Dogs: Bloody Days is a surprisingly considered take on the license, with a gameplay hook that might be able to hold up without it. We’ll see when it launches on Steam, followed by Xbox One, later this year.