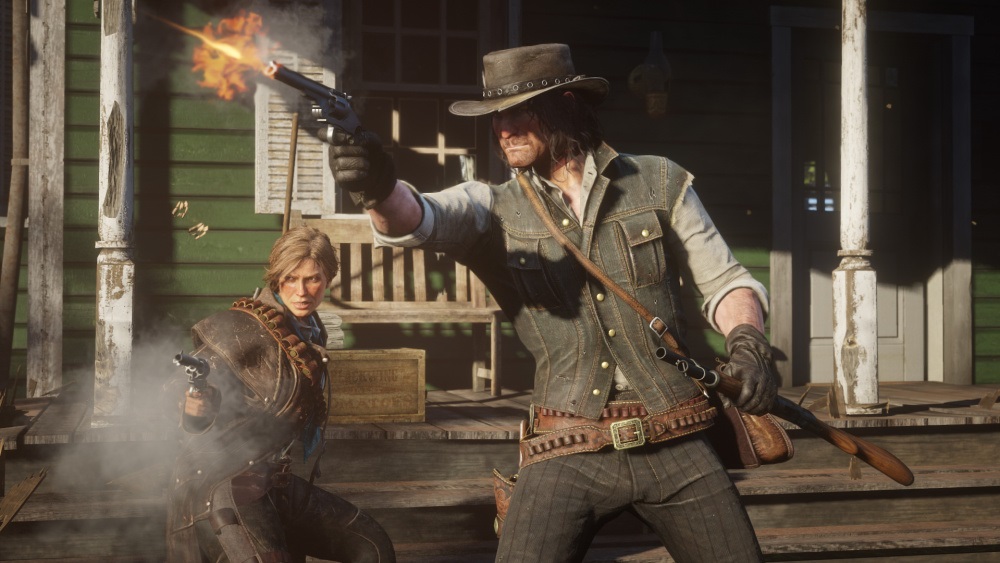 From Clint Eastwood’s Man with No Name, to Franco Nero’s Django and even Emilio Estevez as an obnoxious, giggling Billy the Kid, there’s still nothing quite like the uber-romanticised days of swing-door saloons, girls doing the Can-Can and knuckle-headed idiots shooting each other because someone spilled a drink, or something.

A brand new gameplay video has dropped just this morning, showcasing more of the dusty trails, brutal bar-fights and frightening ambushes that await Arthur Morgan and the Van der Linde gang. Violence and adventure set against the dying days of the 1800s, as the American Old West downs its final shot of whiskey, preparing to face High Noon on its own lawless ways.

Red Dead Redemption 2 launches on PS4 and Xbox One October 26. Hope it’s worth the wait.