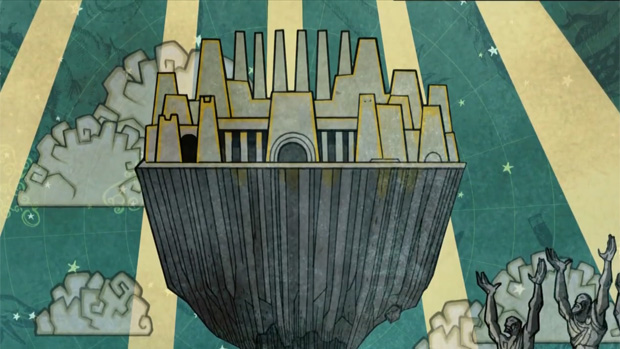 A set of new achievements already hinted at new downloadable content for Kingdoms of Amalur: Reckoning, set in the Teeth of Naros area. EA and 38 Studios have now officially annouced the DLC to be titled “Teeth of Naros,” a location named after an ancient troll god. I wonder if he was any good at leaving comments?

Among other things, “Teeth of Naros” will host the floating Kollossae city of Idylla which offers “more than 20 side quests” — because you didn’t have enough of those yet. Five “enormous new dungeons” with new enemies appear to be the meat of the DLC, and three new Twists of Fate, nine new armor sets, six new shields (!), and 18 new unique weapons might help you along the way.

Previous DLC “The Legend of Dead Kel” was a fun distraction from the regular Reckoning happenings, provided you didn’t expect it to be end-game content, and “Teeth of Naros” sounds like it could be somewhat of a similar affair. We’ll find out how and where it fits into the main game when it hits Xbox Live, PlayStation Network, Origin, and Steam on April 17, 2012 for 800 Microsoft Points or $9.99.