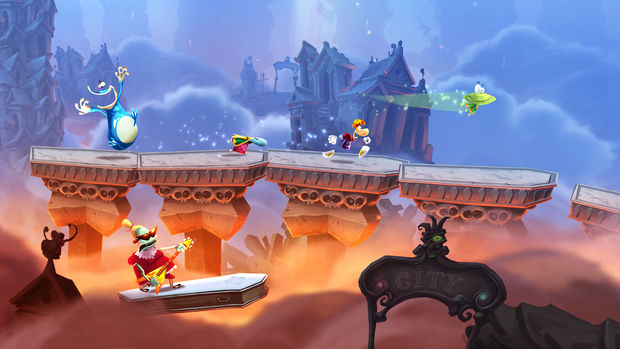 Nintendo just released a pair of new videos for upcoming Wii U exclusive Rayman Legends and they look fiiiiiiiine (I said that while holding my hand on my mouth and leaning back all cool like).

The main gameplay video above shows off much of the same stuff we saw at E3 2012, mainly how another player controls specific aspects of the game with the Wii U GamePad. There are some additional levels shown as well as some new, fun multiplayer scenarios. As someone who got to play this game at E3, I have to say the “asymmetrical” gameplay stuff is unique, clever, and an absolute joy to play.

There is another video interview with creator Michel Ancel detailing some of the new Wii U features after the jump. Check it out! It’s worth watching.

I can’t wait to play more of Rayman Legends. I am definitely picking this up with my shiny new Wii U when it is released later this year.