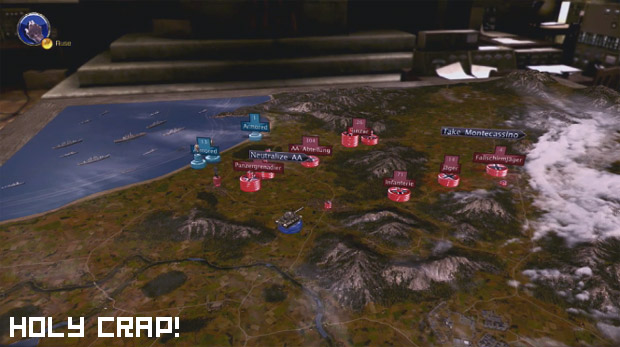 Remember R.U.S.E.? You know, the real-time strategy game that promised to bring a whole new level of scope to the genre? It was announced during the Game Developers Conference, so it’s understandable if you missed it due to everything else that was happening at the same time.

I’ll admit it, I was very cautious to believe the bold claims being tossed about by Ubisoft back then. But, I will also admit that the claims — at least the ones about R.U.S.E.‘s scope — were justified. The picture above is nice and all, but you need to see this game in motion to be truly impressed.

Thankfully, there just so happens to be a new gameplay trailer designed specifically to flaunt how ridiculously far you’re allowed to zoom in and out. And yes, you assumed correctly: it can be found post-jump.