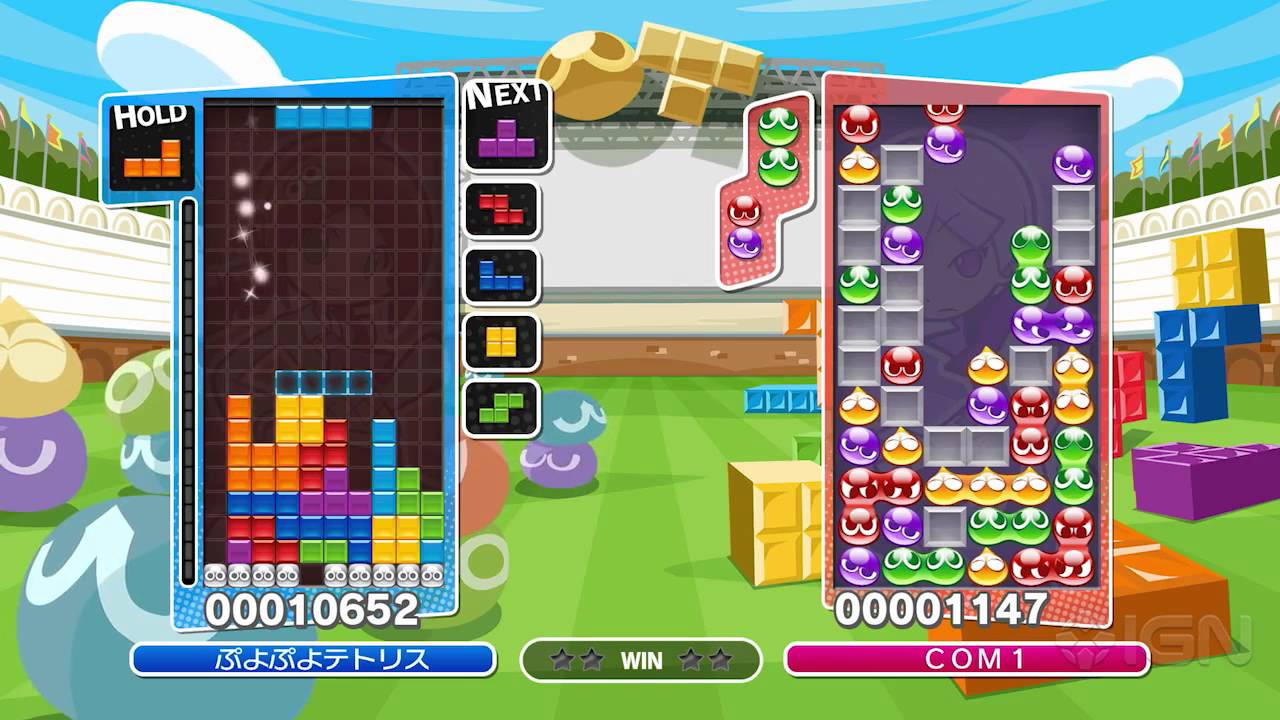 Please let us pop some Puyos

When Puyo Puyo met Tetris, magic happened. Sparks flew. At least, that’s what I’m led to believe by folks like Steven who have gotten their hands on this Japan-only puzzler with Real Good genes.

While Puyo Puyo Tetris made the rounds on several handheld and console platforms (even the Wii U!), Sega never brought the 2014 title to the West. Given that it’s been a couple of years now with no word of a localization, it seemed safe to assume this wasn’t on the cards. We’ll see yet.

A recent PlayStation 4 Trophy listing for the game potentially heralds an upcoming English version and, with any luck, that clutch Western release. Curiously, there’s also a translated logo for the game with a subheading which reads “Frantic Four-Player Puzzle Mashup!” Could it really be happening?

If this is the first time you’re hearing about any of this business and you’d rather not wait on good fortune to deliver us English-language puzzle heaven, you can always import Puyo Puyo Tetris for PS4.