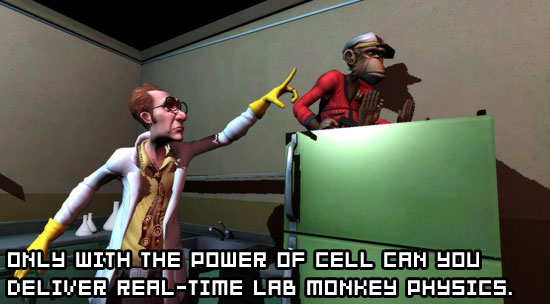 Dubbed a “comedy/adventure game,” Rat Race will be available as episodic content on PlayStation Network starting this winter. Set in the offices of the dysfunctional BiggCo, the game is being written and voiced by top Hollywood talent, and New York City-based stand-up comics who we’re to assume are funny. Gameplay will involve sneaking, running, puzzle solving, eavesdropping, robbery, and something involving a lab monkey.

Great — another one of these sneaking, running, puzzle solving, eavesdropping, robbery, lab monkey games for the PlayStation 3. Hopefully when we start learning more about Rat Race over the next few weeks, it’ll find its place among all of those other lab monkey games, and really stand out from the pack.