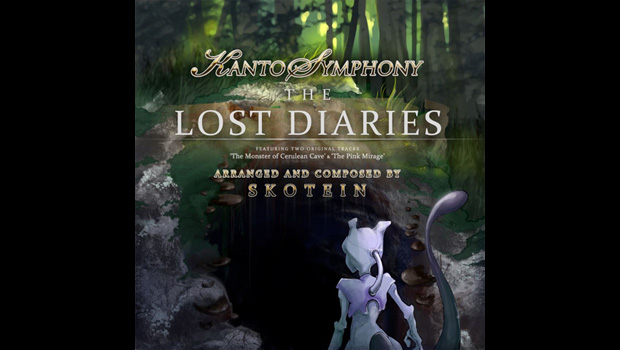 Did you buy Braxton “Skotein” Burks’ amazing Kanto Symphony, the Pokémon Red / Blue orchestral arrangement album? You should have already because it is hot cinnamon rolls, but if you haven’t, go part with $10 on either iTunes or Joypad Records before finishing this sentence.

It’s honestely one of the most beautiful game arrangement projects I’ve ever heard. Even original Pokémon composer Junichi Masuda gave Brandon a hearty thumbs up! You can’t get any more legit than that!

Brandon has just announced on Facebook a companion album coming out in February entitled Kanto Symphony: The Lost Diaries. It is a collection of short Red / Blue pieces that didn’t make the cut the first time around, like the Pokéflute melody and Jigglypuff’s song. Also included are two completely original compositions inspired by the Mew/Mewtwo diaries in Cinnabar Island’s Pokémon Mansion.

No sample tracks yet, but you can imagine how delicious it will undoubtedly sound.