New chefs: Vampire, Ghost, Werewolf, and the Boxhead (from the first game)

Overcooked 2 has gotten a lot of DLC so far. since its August 2018 launch. Some of it has been free (seasonal levels), some is paid (Surf ‘n’ Turf, Campfire Cook Off, a chef pack), and now there’s another one on the way: the cleverly titled “Night of the Hangry Horde.”

While most of the info on the pack has been under lock and key, Ghost Town Games made an appearance at E3 this year during Nintendo’s Treehouse segment to give us a look at what’s to come. As you might imagine the DLC is horror-themed, and a new mechanic has been introduced: the guillotine. It basically serves the same function as a cutting board, but it’s done automatically, requiring a bit more coordination and speed.

There’s also a brand new gametype: horde mode. It involves the return of the Unbread from the core story line, and instead of casually making food for hungry customers, you’ll be fending off angry zombies to keep them at bay. It’ll also sport new chef characters: a Vampire, Ghost, Werewolf, and the Boxhead chef. As a developer noted in the stream, he was one of the most-requested characters that folks wanted to see return from the original game.

It’s amazing how Ghost Town Games keeps coming up with new ideas after all this time (and with a sequel no less), but they’re doing it! Night of the Hangry Horde is actually out today. 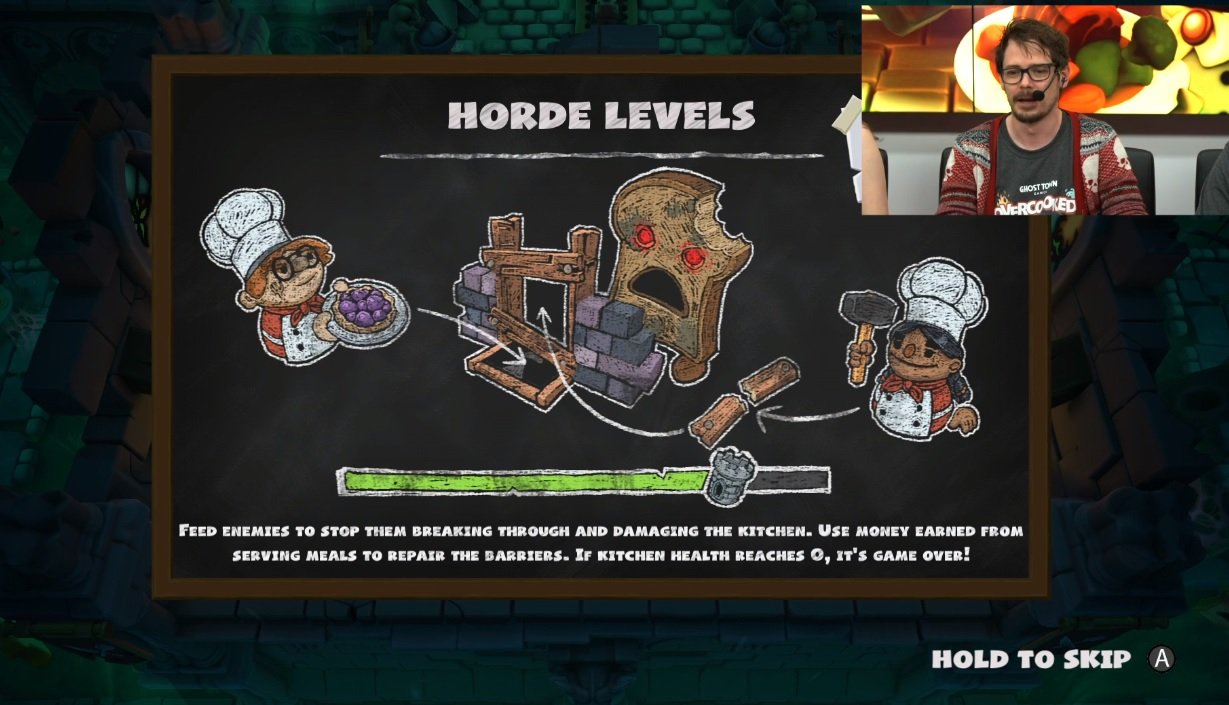