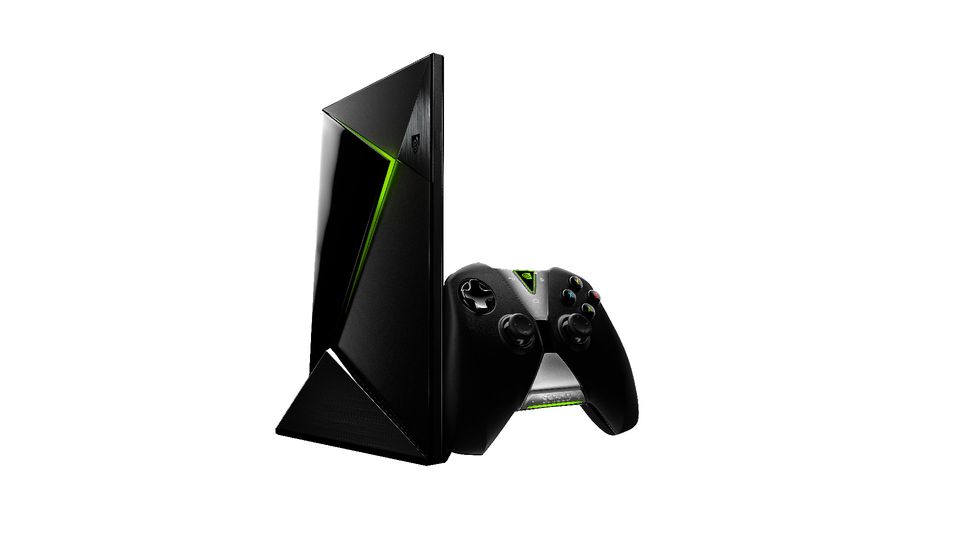 It is a thin rectangle and Nvidia is proud that it looks nice “sitting flat or standing on its edge.” Also proud that it can run Crysis (so long as there isn’t too much going on on screen). It is “twice as powerful” as an Xbox 360.

It will be $200 with a controller included when it launches in May. There are also subscription options for streaming games (like PlayStation Now) using Nvidia’s GRID+ system at 1080p and 60 FPS (if you have the reccomended 50mbps internet speed, anyways). You can stream Batman: Arkham Knight using the service at launch. Like Steam Link ($50), you can also use the Shield to stream directly from your (Nvidia-powered) desktop.