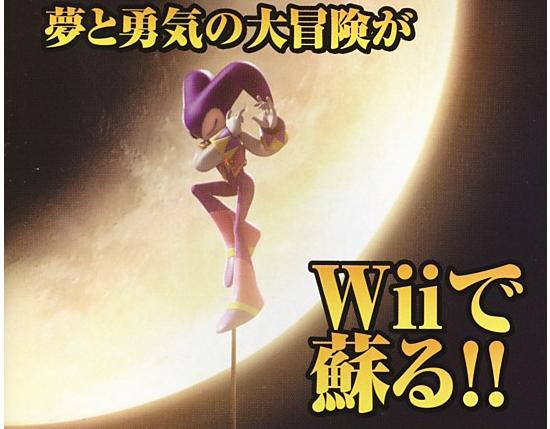 It’s been a while since we last saw anything of the Wii’s NiGHTS: Journey Of Dreams, and it’s safe to say that back then things were certainly less than arousing in the visuals department. Well thanks to the omnipresent Famitsu it’s time to check in again, as a couple of new scans have wound their way over here, after a brief fuel stop at JeuxFrance.

After the last set of shots turned out to be slightly less attractive than an amorous sumo with a body odour fetish, these new ones brought with them a huge stinking black cloud of trepidation, but the truth is, they don’t actually look too bad. Some of the textures are still a little flat, and a few places could do with sanding down some sharp angles, but overall, things look noticeably better than they did in  May. There’s still a way to go until the winter release, so cross everything feasible body part that Sega uses that time to keep on thrashing this one with the pretty-stick.

Filed under... #Famitsu#NiGHTS: Journey of Dreams