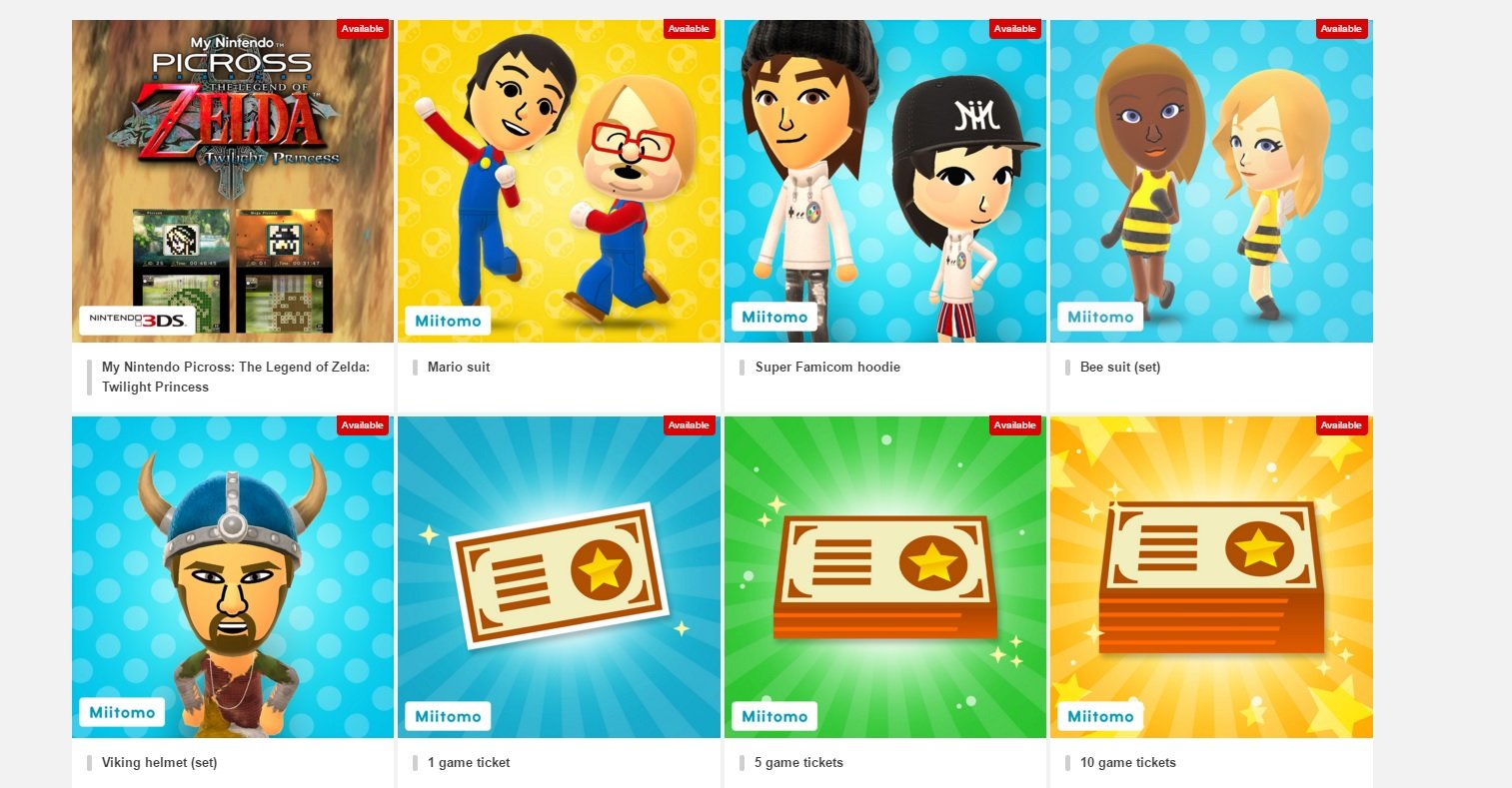 When I woke up this morning to an email from my friend that simply said “new My Nintendo rewards!” I almost flipped out. “What could Nintendo possibly have added? More original games like Zelda Picross? More lost DS titles? No, it’s just clothes. Overnight, the publisher added in 200 Platinum Point rewards in the form of a viking hat, bee costume, and a Super Famicom (SNES) hoodie set.

If you’re really into Miitomo and want to spend that cash, you can do so on the site itself or in the app. I have no desire to do so, and pretty much only use Miitomo for the points now.