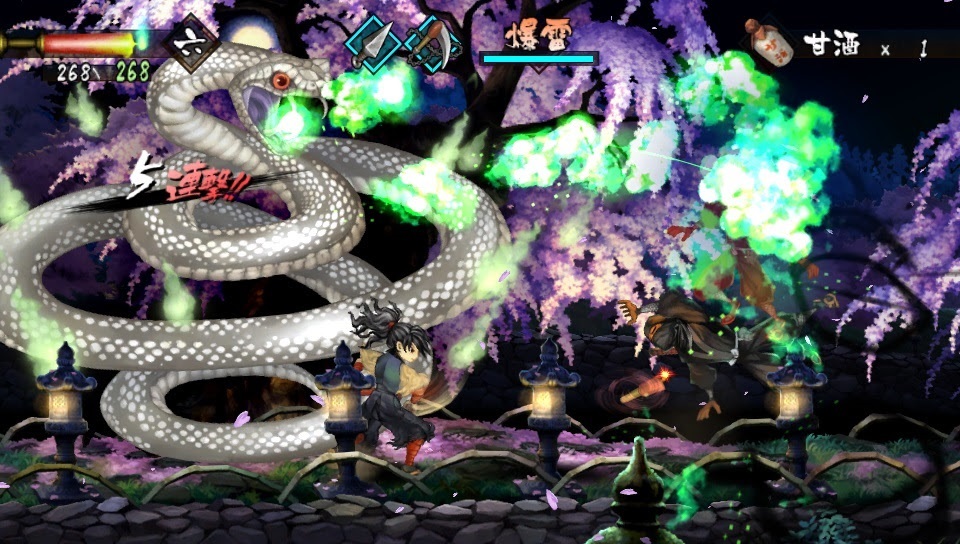 The penultimate entry in Muramasa Rebirth‘s downloadable Genroku Legends tetralogy will be available in the West next week, Aksys Games announced today.

A Spirited Seven Nights’ Haunting follows a ninja on the run from his former clan. Those pursuers will be the least of our hero’s problems, though. After running afoul of an angry spirit, a curse leaves the protagonist with only a week to live. So, what’s a ninja to do before meeting his untimely demise? The smart money’s on a fair bit of violence.

The latest morsel of Vanillaware goodness joins A Cause to Daikon For and Fishy Tales of the Nekomata on the PlayStation Store starting July 15 in North America and across Europe the next day.