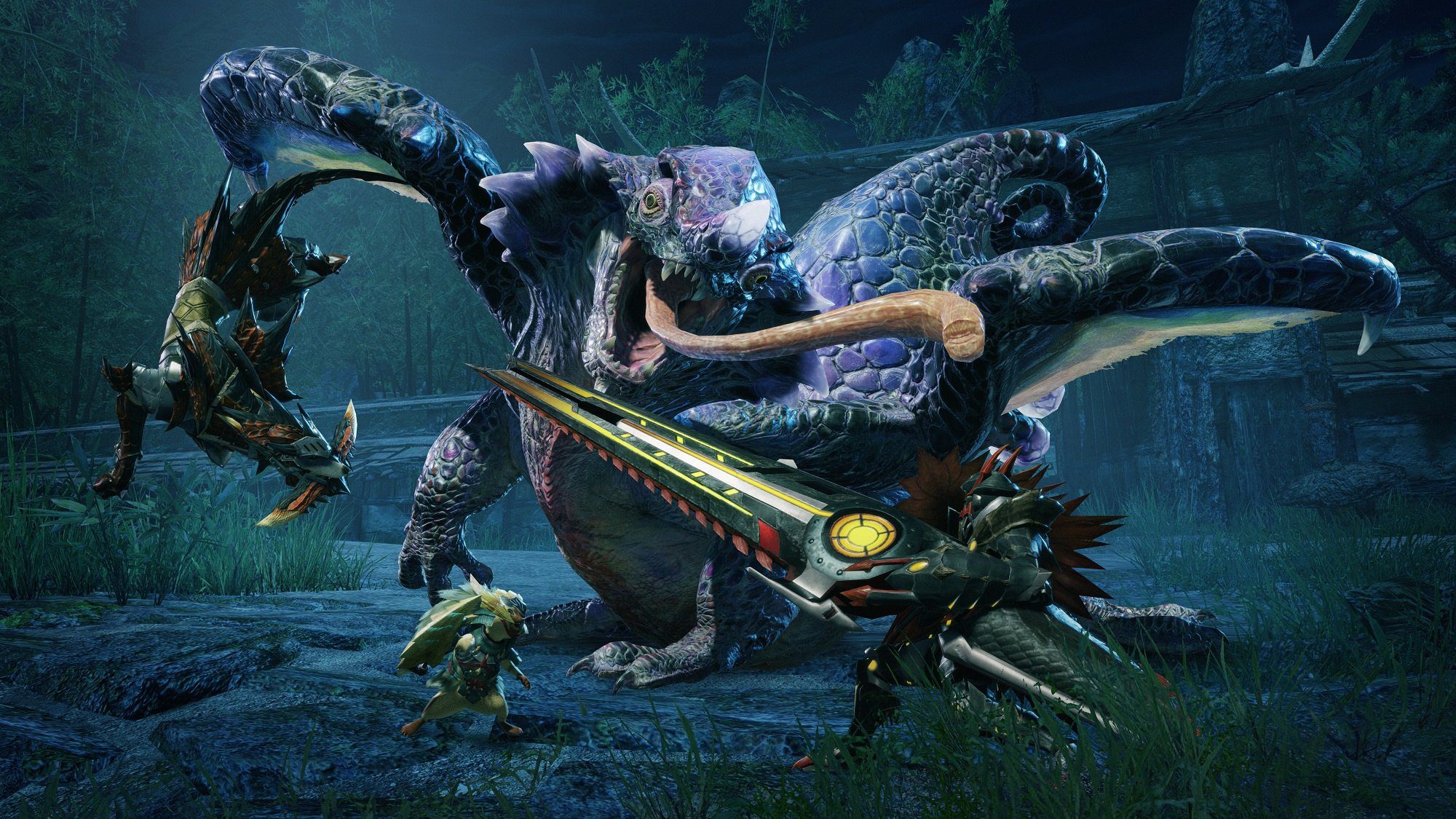 Monster Hunter Rise is still keeping on, by way of large “.0” patches that add a ton of new content, and smaller ones that shore up bugs or add new quality of life features to the game. As expected, Monster Hunter Rise version 3.1.0 is mostly the latter.

Clocking in at 0.65GB (or 3.6GB if you’re downloading it from here on out), the main point of the patch is adding in event quests that will be available weekly.

There’s also new DLC, and at this point, there’s a lot (scroll down). Anything from $0.99 face paint to $3.99 background music is on the eShop, clocking in at roughly 80 items in total. The amount of stuff is staggering, almost MMO-like in nature.

The rest is mostly bug fixes, and heaps of them! You can find the full patch notes below, or read them all here.