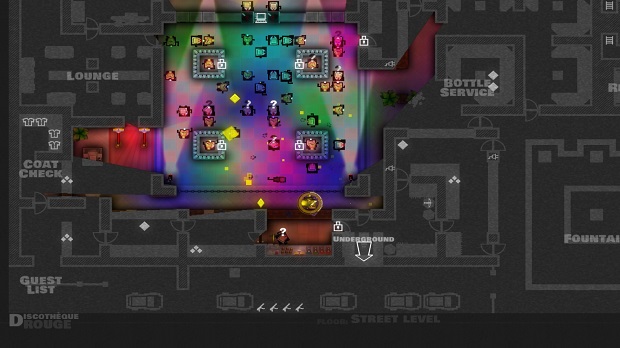 Whilst it was well received by critics, sold over 275,000 copies and I did enjoy my first hands-on experience with the game, Monaco sadly never hooked me in. Maybe it was the lack of regular co-op buddies or some confusing level design but I wish I could give the game another shot. A big, free update will maybe encourage me to do exactly that.

Developer Poketwatch Games has posted an update on its blog showing some interesting stats, specifically a breakdown of how many players were reaching the end of Monaco‘s chapters and indeed finishing the game. Realizing it may have had some issues in communicating its mechanics to the players, Pocketwatch has gone back and streamlined levels in a new enhanced mode.

Players who enjoyed the original Monaco levels can still play the Classic mode but I’m certainly happy the developers went and had another look at Monaco and worked out what could be done to encourage players to keep playing. It’s interesting to a developer take the scalpel to its own creation and do some editing and tweaking after release. There’s also new leaderboards and PvP options included too and Monaco is currently 80% off in the Steam sale at £2.39/$2.99 so even with my reservations, it’s still worth purchasing.