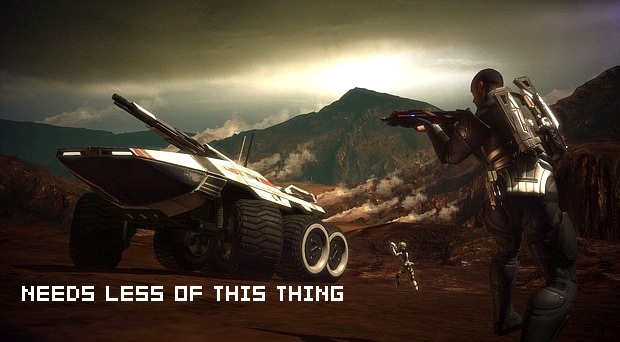 Keep expecting that Mass Effect downloadable content announcement. The official Xbox Web page for the sci-fi RPG has been updated with three new Achievements, all indicating that the next bit of content is still slated to happen. The question is still when it hits, of course.

The new Achievements are labeled as follows:

Speaking to me extensively about the “Bring Down the Sky,” Mass Effect systems designer Christina Norman teased this new piece of content as dissimilar and heavy on the combat:  “The next DLC for Mass Effect is really nothing like ‘Bring Down the Sky,’ or any other content in Mass Effect,” Norman told me. “Many people enjoyed the content, but we wanted to try something completely different. It’s taken a while, but I hope in the end fans will really enjoy it! I think combat-focused gamers in particular will like it.”

Now we just need it to happen. Bring it on, BioWare.